Justin Hendry
Editor
The removal of digital voting in New South Wales has left an “equity and inclusion vacuum” for the state’s blind and vision impaired voters, according to Vision Australia, which has urged a greater focus on the community with any future online voting system.
The leading low vision not-for-profit has also cast doubt over the likelihood that the state government will be able to find another system capable of providing an equivalent or better suite of voting options, describing the former iVote platform as the “gold standard”.
Last year, the New South Wales Electoral Commission abandoned iVote after the commissioner determined there was “insufficient time” to upgrade the underpinning software provided by Spanish vendor Scytyl.
The decision came just months after technical glitches prevented an unknown amount of people from using the system to vote in the 2021 local election, resulting in three separate ballots being voided by the Supreme Court and later re-run.
The Electoral Commission, which does not expect digital voting will resume until at least 2027, is currently reviewing the appropriateness of technology-assisted voting for future elections, to give itself time to explore all available options. 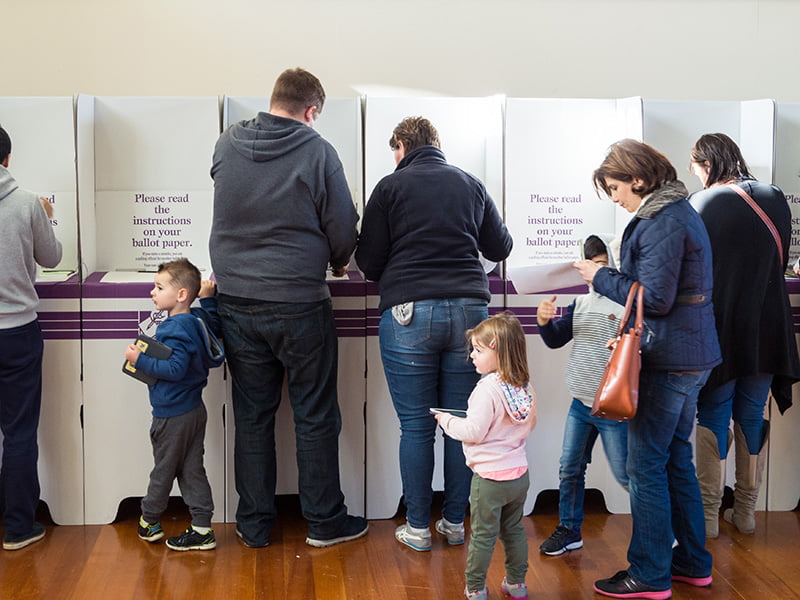 In a submission to the review, Vision Australia described the removal of iVote, an independent, secret and verifiable voting option for people with a disability, as a “violation of rights” that has “increased systemic discrimination and the negative impact of exclusion from participation in a key aspect of civic life.”
“The decision to remove iVote, irrespective of the merits or inevitability of that decision, was therefore a decision whose effect has been to diminish the right of electors with disability to participate on the same basis as the rest of the community,” Vision Australia said.
“It is the only example that we are aware of in contemporary Australia where the inclusion of people with disability has been reversed through a deliberate government decision.”
Vision Australia said the iVote platform upheld this “basic right” for decade, having been introduced specifically for blind and low vision voters when it was introduced in 2011, before expanding to other cohorts.
While blind and vision impaired voters will have access to telephone voting over the next four years, the peak body does not consider this a form of technology-assisted voting as it requires the assistance of a human operator.
“Expanding the eligibility criteria for a particular form of voting may lower the unit costs of implementing it, but the end result may be to reduce the benefits. This was unfortunately the case with iVote,” the submission said.
“From 2011 to 2021, the eligibility criteria were expanded far beyond the original scope, and the capability of the system to accommodate the increasing number of users was not maintained, resulting in eventual and costly failure.
“The removal of iVote has had the greatest negative impact on people who are blind or have low vision – the very group that iVote was introduced to benefit.”
Vision Australia said that any replacement platform adopted by the government “must, as a minimum, be equivalent to the suite of options provided by iVote” but questioned whether this was possible.
“We have promoted iVote widely and often to other jurisdictions throughout Australia, and we have not observed any voting options that come close to iVote’s offerings, not only in terms of independence, secrecy and verifiability, but also in terms of amenity and convenience for voters,” it said.
The peak body also said that “any future iteration of technology-assisted voting must begin with a primary focus on voters with a disability”, and only progress to other cohorts when it has “been clearly established that the system is robust, secure and appropriately resourced”.
“As noted previously, the removal of iVote has had a disproportionately negative impact on people who are blind or have low vision, and people with other disabilities for whom iVote was their only feasible and effective voting option,” it said.
“Any replacement technology assisted voting options must first and foremost address the needs and rights of the disability community. This includes people with a disability who live in regional or remote areas for whom other options such as postal voting is not feasible or convenient.
“We have no objection to any form of technology assisted voting being made available to other groups of electors, provided always that there is no potential or actual impact of any kind, including increased risk of data breaches and system delays, outages or failures, on voters with a disability.”
Vision Australia’s submission was backed by the Physical Disability Council of NSW, which said it supported the “reinstatement” of iVote and greater “co-design with the disability community across all assistive technology design, implementation, and review processes”.
Do you know more? Contact James Riley via Email.
CRC scheme backed by buried report
Your email address will not be published.

Subscribe to our newsletter for InnovationAus news delivered right to your inbox.