2023 Subaru Forester Vs. Crosstrek – The Most Popular Model May Not Be Your Best Pick – Torque News

Should you buy the 2023 Forester or the 2023 Crosstrek? The 2023 Subaru Forester has been the Japanese automaker’s most researched model in the all-wheel-drive lineup, but is it the best? The 2023 Subaru Crosstrek ranked ahead of the popular Forester last summer. The most recent report from Edmunds says the Forester is the hot model passing the Outback and Crosstrek.
Is the Subaru Crosstrek subcompact SUV or the Forester compact SUV the best pick for small SUV shoppers? Many would argue the Forester is the best model because of its larger cargo capacity and standard EyeSight safety tech on every trim level. 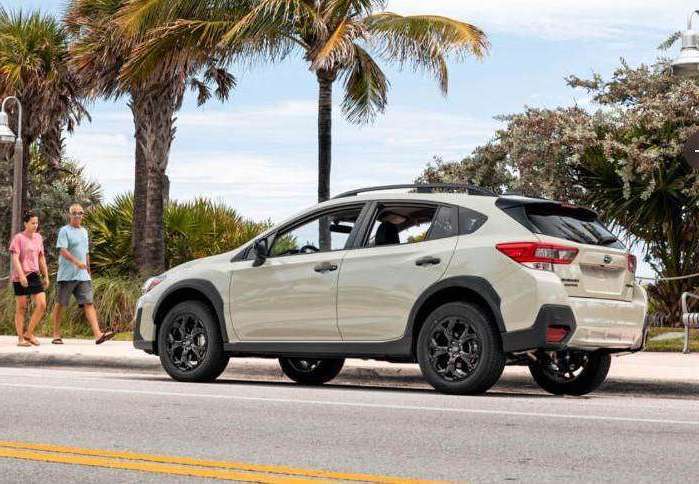 2023 Forester Vs 2023 Crosstrek
The Forester stands four inches taller than Crosstrek, so you sit a little higher, have a little more headroom, and have a better view of the road. Forester was recently ranked highest and best for older drivers. Forester also scores best in outward visibility. The Forester is almost six inches longer, making a difference when parking, so Crosstrek is ideally suited for city dwellers.
Cargo
Forester offers more cargo-carrying ability than the Crosstrek. Behind the rear seats, Forester has 28.9 cubic ft of space compared to Crosstrek’s 20.8 cubic ft. Forester provides 74.2 cubic ft with the rear seats folded flat, and the Crosstrek has considerably less at 55.3 cubic ft. Forester’s rear tailgate opening is wider and has a lower cargo floor (2.5 inches), making it easier to load heavy cargo. 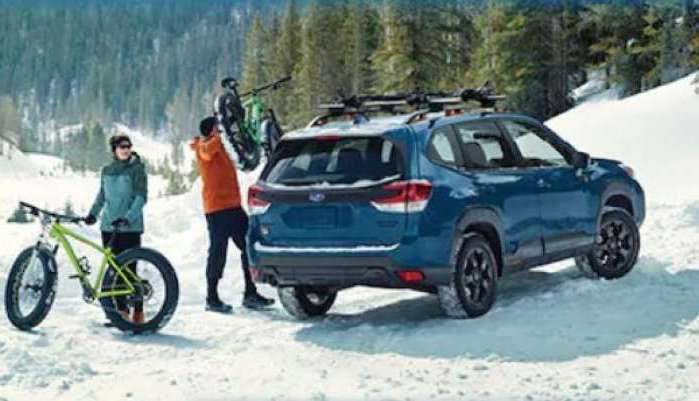 Ride Quality
The Forester weighs a couple of hundred pounds more, so it feels slightly more substantial than the Crosstrek. With their raised suspensions, they both have more “travel” than most vehicles. “Travel” is just a fancy way of saying that there is more space for the suspension to compress, which results in a more compliant ride.
Engines
Crosstrek offers a 2.0-liter engine as standard, and an optional 2.5-liter engine comes on the Sport and Limited models. A 2.5-liter engine on all trim levels powers the Forester.
Fuel Economy
Standard engines in both cars run regular unleaded gas.
The 2023 Subaru Crosstrek with the larger 2.5-liter Boxer engine comes with 30 more horsepower and gets an EPA estimated fuel mileage of 27/34 city/highway mpg and 29 combined mpg.
The 2023 Crosstrek with the 2.0-liter four-cylinder Boxer engine gets an EPA-estimated 28/33 mpg and 30 combined mpg.
The 2023 Subaru Forester compact SUV comes with standard all-wheel drive and gets an EPA-estimated 29 combined mpg and 26/33 city/highway mpg. The Forester comes with a 2.5-liter four-cylinder Boxer engine.
The EPA says the new Forester Wilderness gets an estimated 25/28 city/highway mpg and 26 combined mpg.
What is the price of the Crosstrek?
The base trim is priced from $24,870, Premium ($26,020), Special Edition ($27,970), Sport ($29,220), Limited ($30,720), and Crosstrek Hybrid ($38,070). Prices include destination and delivery fees ($1,225).
What is the price of the Forester?
The 2023 Forester comes in six trim levels; The Base Forester starts at $27,620, Premium ($30,620), Sport ($32,190), Limited ($34,300), Wilderness ($35,245), and Touring ($37,720). Pricing includes dealer fees ($1,225).
The 2023 Subaru Crosstrek outsold the popular Forester for the first time last year. Subaru of America delivered a record 155,142 Crosstreks to customers in 2022 compared with Forester’s 114,096 sales.
The 2023 Subaru Crosstrek Sport and Limited trim levels with the all-new 2.5-liter engine have increased the Crosstrek’s popularity. The Crosstrek is by far the most popular Subaru model now. You can decide if it’s the best for you.
Both the 2023 Subaru Crosstrek and 2023 Forester are capable all-wheel-drive SUVs. The Crosstrek could keep its number-one status in 2023 because the next-generation Crosstrek is coming. Stay tuned.
You Might Also Like: The Next-Generation Subaru Crosstrek Gets a New X-Mode Upgrade the Outback Wilderness Doesn’t Even Have
Denis Flierl has invested over 30 years in the automotive industry in a consulting role working with every major car brand. He is an accredited member of the Rocky Mountain Automotive Press. Check out Subaru Report, where he covers all of the Japanese automaker’s models. More stories can be found on the Torque News Subaru page. Follow Denis on Facebook, Twitter, and Instagram.
Subaru Report – We’ve got you covered! Check back tomorrow for more unique, informative SUBARU news, reviews, and previews you can trust.
Leave your comments below, share the article with friends and tweet it out to your followers!
Photo credit: main image Planet Subaru