In 2020, a group of unhoused and housing-insecure Angelenos occupied vacant state-owned homes in El Sereno like this one, where Martha Escudero lives with her two children. She’s now being evicted. Photo by Zoie Matthew.
At the start of the pandemic, a small group of unhoused and housing-insecure Angelenos made a radical decision.
Dozens of homes in the Northeast LA neighborhood of El Sereno sat vacant, bought by the state transit agency Caltrans decades ago for a now-abandoned expansion of the 710 freeway. Many had been boarded up for years. The activists argued there was no excuse for keeping those houses empty when tens of thousands of people were living on the street, and said they had a right to live in the publicly-owned properties. They decided to occupy a handful of the homes, calling themselves the Reclaimers.
Throughout 2020, they fought for — and won — the right to live in those houses temporarily, under a transitional housing program managed by the Housing Authority of the City of Los Angeles (HACLA). But now, their leases are coming to an end, and the Reclaimers are fighting once again — this time, to stay in the houses permanently.
Martha Escudero was one of the first Reclaimers to receive a three-day notice to vacate her home. While she wasn’t surprised by the news, it still wasn’t easy to stomach.
“I guess I already expected it, but I just didn’t think it would be so soon,” she says.
Tucked away on a quiet street just off busy Huntington Boulevard, the cozy two-bedroom home she shares with her daughters is filled with traces of the life they’ve built there over the past two years — school worksheets are scattered on a desk in the living room, native plants and herbs tumble out of a raised bed in the front lawn, and an altar atop the mantle is decorated with candles, trinkets, and photos of lost loved ones.
Martha finds it absurd that she and her daughters can’t just stay in this home, which has offered them stability and room to breathe. Before living here, they spent a year and a half unhoused and couch surfing, often finding themselves living in cramped spaces, or sleeping on the floor at the homes of friends and family members. 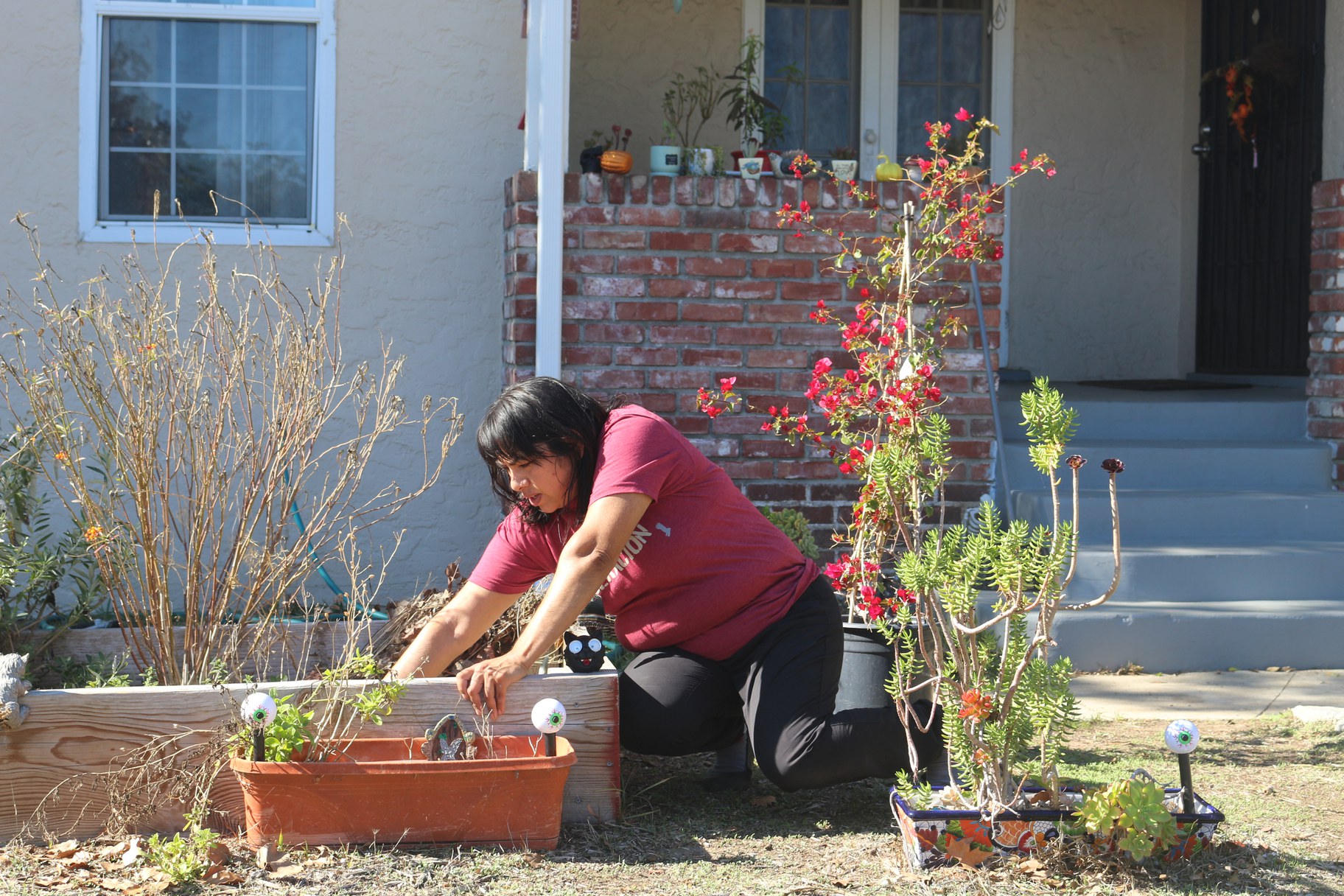 Featured
The best of what to see, hear, eat, do, and more.
Get Bent: Dive into KCRW’s new ‘80s + ‘90s performance archives
Listen now
Get the latest from KCRW in your inbox 3x a week.