Environment, Health
Katharine McLaughlin
In vibrant and thriving communities, people have the power and resources to realize their vision of health and well-being. However, our opportunity to thrive – as individuals, families, communities and as a country – is in danger because of the increasing instability of our climate.
This hurts some of us much more than others. Policies and practices put in place over generations – and choices still being made today – put Black, Indigenous and other People of Color (BIPOC) and low-income communities at greater risk.
But within this challenge lies opportunity. Across the country, communities that have historically borne the brunt of environmental harms are harnessing their power to shape the policies and practices that impact their neighborhoods, cities and states.
To highlight how community-based organizations can build community power and influence policy in a powerful way, three of Kresge’s Climate Change, Health & Equity partners discussed challenges, lessons learned, successes and best practices for organizations working to address climate injustice and advance health equity at the University of Maryland Symposium on Environmental Justice and Health Disparities.
In this first article in our three-part series, learn more about Environmental Health Coalition in San Diego, California.
If you sit down at your breakfast table to eat a banana, there is a good chance that banana was shipped by boat into a port in the Barrio Logan neighborhood in San Diego, California and then driven in a diesel-powered truck to your local store. The same goes for the car you drive – one out of every eight cars imported into the United States comes through a port in nearby National City, California
As a result, surrounding neighborhoods, many of which are low-income communities of color, are burdened with more air pollution than 80-97% of California. 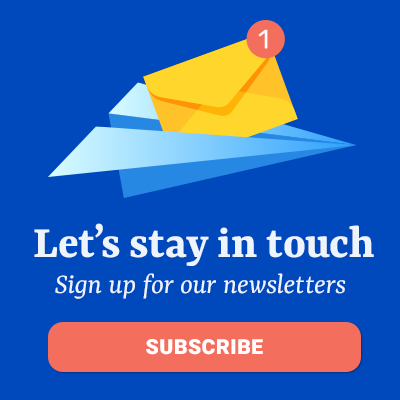 In the state of California, about 40 percent of all greenhouse gas emissions come from transportation and 72 percent of that comes from passenger vehicles. In San Diego, 79 percent of drivers drive by themselves, because there aren’t many other options, said Carolina Martinez, climate justice director at Environmental Health Coalition. She noted that only 12 percent of residents with low incomes have access to reliable transit, and 77 percent of jobs in San Diego are not reachable by transit.
Environmental Health Coalition works for environmental justice in the San Diego/Tijuana region and throughout California. Founded in 1980, EHC has worked to reduce pollution and improve health and well-being for thousands of people in underserved, low-income communities.
“We believe that the communities at the frontlines of the climate crisis are also the best to provide the solutions and guide us forward. Our communities may have a lot of a lot of issues, but we also have a lot of solutions,” Martinez said.
Led by the San Diego Transportation Equity Working Group, residents at the frontlines of the climate crisis in Barrio Logan, City Heights, and National City identified 10 priorities to improve the transit system and bring air quality and climate benefits to frontline communities.
Called the 10 Transit Lifelines, they reflect a vision to advance affordable and frequent transit solutions that will benefit all San Diegans while reducing air pollution and greenhouse gas emissions.
To publicize the importance of these priorities, EHC created a video campaign featuring the faces, voices, and stories of residents.
Watch Roddy’s story:

Through their efforts, the San Diego Transportation Equity Working Group succeeded in getting the regional transit authority to adopt 9 of their 10 transit lifelines priorities into the Regional Transportation Plan. EHC was also successful in convincing the Port Authority of San Diego to adopt a plan to move to zero emissions freight vehicles faster than originally planned as part of its Maritime Clean Air Strategy.
What’s next for the Environmental Health Coalition? Martinez said that they are gearing up to launch a transit riders union.
“The most directly impacted targeted, marginalized communities have comprehensive solutions and strategies that are being executed by multisector coalitions led by the most directly impacted communities of color in San Diego,” said moderator Ash-Lee Woodard Henderson, co-director of the Highlander Research and Education Center.
Want to learn more? Watch this presentation and other sessions from the symposium here.
Environment
Environment, Health, Social Investment Practice
3215 W. Big Beaver Road
Troy, MI 48084
+1 248-643-9630
Get the Kresge Newsletter
© 2022 Kresge Foundation
TAKE SURVEY