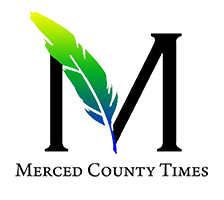 Merced County Times Newspaper – The Power of Positive Press
Five years ago, Andy Beltran’s newly-bought space downtown was in dire need of a renovation.
The now 34-year-old had returned to his hometown after working a job at an electrical contractor in Philadelphia, where he saved up the money to buy the 8,500 square foot spot on Main Street — right next to Merced Theater.
While in Philly, he had the idea to blend a restaurant and bar with the arcades he grew up with. So he set about restoring the building to something resembling his vision. He exposed the natural brick walls and learned how to build furniture with the help of his family. He scoured the Internet for used arcade cabinets and learned how to get them working again.
And now the fruits of his work are about to pay off. Before the end of this year, Beltran will open the doors on Joystiq, a restaurant and “barcade” that he hopes will catch the eye of locals looking for something new and exciting.
Beltran has restored and installed dozens of arcade games, including cabinets from the classic Pac-Man era as well as modern games that many arcade-going Millennials will remember from their childhood.
“I was a huge gamer growing up,” he said. “I used to play in arcades for hours.”
It’s been a labor of love for Beltran. He sourced a lot of the machines from Facebook Marketplace and Craigslist, and scoured the Internet to figure out how to get them working again.
“I just moved a wire and all of a sudden it worked,” he laughed about one machine.
A particularly special find was a six-player X-MEN cabinet from 1992. It was destroyed when he got it but he was able to restore the original graphics. Now it looks brand new.
During the day Joystiq will be a family-friendly restaurant focusing on Mediterranean and American food, with a focus on healthy options. But at night, the vibe of the venue will transition to be more like traditional nightlife.
There are TV’s rigged for playing video games, an upstairs area with space for corn hole and Bocce ball, a karaoke booth rented by the hour, a pool table, ample lounge space and, of course, a full-service bar with copper countertops, which he built by hand with the help of his family.
“It’s been a ton of work but it’s fun. It’s a passion of mine,” he said. “I hope people will enjoy it too, especially in Merced where there isn’t much to do. I just want to bring some more entertainment.”
Progress on Joystiq was slow during COVID. The uncertainty of the pandemic put progress on hold.
“We didn’t want to spend any money until we knew what was going to happen,” Beltran said.
Beltran’s family has a history of entrepreneurship in Merced. His father owned Beltran Bro’s auto outlet on 18th and B street until it closed during the Great Recession in 2008, and his brother currently owns Cue Spot Billiards, located just down the street from Joystiq.
All that’s left to do now is apply the finishing touches and hire the staff. Beltran says he’s currently looking for servers, bartenders, dishwashers and everything in between. If you’re interested, you can contact him at [email protected]
‘Mercado’ on Main to commence on ‘Cinco de Mayo’
‘Bella Luna’ restaurant rising once again over Merced
Downtown developer plants roots in Merced
Subscribe to get your favorite news coverage in your inbox.
Established in 1964, Mid-Valley Publications (MVP) is an employee-owned group of five weekly community newspapers in Merced and Stanislaus counties. With the Merced County Times, Atwater-Winton Times, Hilmar Times, Hughson Chronicle & Denair Dispatch, and Waterford News, we are one of the longest-standing publishers of local newspapers within these two counties.
This website uses cookies to improve your experience. We’ll assume you’re ok with this, but you can opt-out if you wish. Accept Read More