Forgot or need to establish your password?
Enter your email to read this month’s free article.
By entering your email address, you agree to receive Soccer America Today newsletter and other email messages from Soccer America.
If you’re already a Pro member, please sign-in. 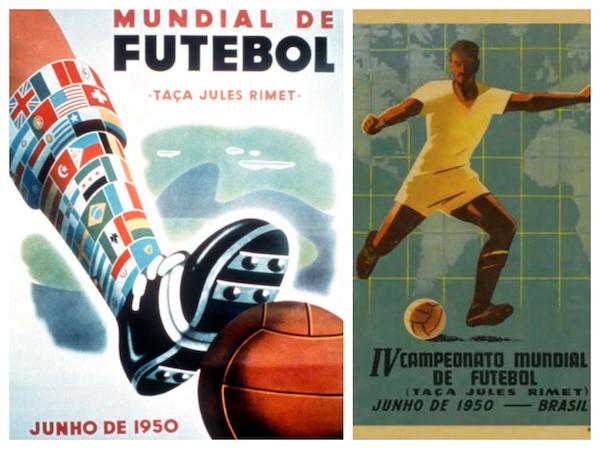 The most recent figure, for the 2018 World Cup, was 2.64. Optimists might interpret that as a sign that goalscoring was staging a comeback. Hardly. The 2014 figure had been 2.67.
You might imagine (I believe you should imagine) that a sport that loses nearly half of its climactic, most exciting and emotional moments is a sport in crisis. But FIFA and IFAB think otherwise — if they give the matter any thought at all.
This is a crisis that has come creeping slowly … half a goal missing here, a third of a goal gone absent there. Nothing dramatic. So it is just about possible, I suppose, that the sport’s highest authorities failed to notice what was happening.
But that seems so unlikely — FIFA and IFAB must have been aware.
Apparently — what other conclusion can be drawn? — the opinion at FIFA and IFAB was that the goal-drain represented some kind of natural development and should not be interfered with. The game should be left alone to right itself. The attitude was really no surprise. For decades IFAB had resisted the very idea of rule changes. So the matter of balance was not discussed, and no action was taken.
It had not always been that way. In 1925, the sport had its annus mirabilis, its moment of sharp common sense. This time it did notice … that attacking play was being increasingly thwarted before it had a chance to be really threatening. It was being neutered by organized defensive play that made more frequent and more effective use of the offside trap (this was in England, which was very much the nerve center of the game in those days).
A rule change was introduced that made the offside trap a much more risky maneuver for defenders. The change produced instant success. In England the number of offside calls plummeted. And the number of Football League goals scored (throughout all four divisions) shot up from 4,700 in 1924-25, to 6,373 in 1925-26.
I’ve read a good deal about that change, but I cannot recall ever encountering any suggestion that the offside trap issue was merely a symptom of the sport’s lack of balance. ‘Balance’ was clearly not part of the thinking. What followed the change proved that.
The game adapted … by becoming more defensive. Not as the result of some natural development process, but because the sport’s strategists of the time (notably Arsenal’s coach Herbert Chapman) invented a new way, a more defensive way, of aligning players. Where there had always been just two fullbacks, there were now three backs. The position of center half back — formerly a key attacking player — vanished. Goalscoring started to decline, and has continued to do so ever since.
Had ‘balance’ been part of anyone’s thinking something would have been done to maintain a healthy scoring rate. But that was never done, not at the time, nor in the nearly 100 years since the 1925 rule change.
FIFA and IFAB, apparently exhausted by that decisive burst of rule-changing action in 1925, have hardly been heard from since. It has taken technology, and the arrival of the video-assistant referee (VAR) to disturb their slumbers. But, yet again, no one is mentioning balance.
So soccer continues to operate at a level below its full potential. It has become a sport in which defensive play dominates. Is allowed to dominate. A sport that seems to disapprove of goals.
Earlier this year the London Times tabulated the scorelines in all 203,329 games played in English league soccer since 1888. They found that 1-1 was the commonest scoreline (11.6% of the games ended that way), followed by 1-0, 2-1, 2-0, and 0-0.
What a miserable, miserly collection of scorelines that is. Two of them — including the most frequent — fail to produce a winner, one of them fails to produce even a single goal.
That is where we are with Soccer-2022. That FIFA and IFAB should be satisfied with that situation leaves one wondering. Is there any vision at work in the upper levels of the game? How can there be if the ideal sought by FIFA and IFAB has 1-1 as its most appealing scoreline?
A mischievous thought: If just 2 goals are added to each of those scores unearthed by the London Times, we get 3-3, 3-2, 4-3, 4-2, 2-2. The results are unchanged, but they now reflect a more balanced game, in which goalscoring is more frequent. Those 8 extra goals, 8 extra moments of jubilation or despair, surely indicate livelier, more exciting, games. They hold the promise of a more open, more free-flowing and more entertaining sport.
Which is precisely the aim of seeking to balance the sport. An aim that can be advanced — strategically — by rule changes designed to reduce the sport’s traditional pro-defense bias.
Next time I‘ll take a look at how the sport’s lack of balance has a game-wide effect at the tactical level, and how it directly, and balefully, influences the performance on the field of referees, coaches and players.
Amen. Larger goals? Fewer players? All restarts with the feet? Larger penalty box? Limit # defenders in restart walls? Limit # defenders in penalty box for all restarts? GK limited to use of hands only in goal box? What other ideas do you have?
Paul Greece won Euro 2004 not 2014…
PAUL GARDNER, Columnist , Soccer America
advertisement