This landscape of “mountains” and “valleys” speckled with glittering stars is actually the edge of a nearby, young, star-forming region called NGC 3324 in the Carina Nebula. Captured in infrared light by NASA’s new James Webb Space Telescope, this image reveals for the first time previously invisible areas of star birth.
NASA is helping the earthbound set enjoy recently unveiled images of deep space in a new, immersive way, releasing a series of audio tracks that translate photos and data captured by the James Webb Telescope into beautiful and haunting music.
Through a process called sonification, scientists captured imagery and data—including photos of the cosmic cliffs of the Milky Way’s Carina Nebula and a dying star in the Southern Ring Nebula, which were revealed in July—and turned the results into complex soundscapes. The data was interpreted by a team of musicians and scientists who worked with members of the blind and visually impaired community.
Hear that? 🎧

These soothing sounds depict the “Cosmic Cliffs” of the Carina Nebula. By translating data to sound, we can experience @NASAWebb‘s data in a new way. Also explore views of the Southern Ring Nebula and “hear” exoplanet WASP-96 b’s atmosphere: https://t.co/wAk1eGKkpI pic.twitter.com/jkV0oDjFY9
“Music taps into our emotional centers,” said musician Matt Russo, a physics professor at the University of Toronto who worked on the project, in a NASA release. “Our goal is to make Webb’s images and data understandable through sound—helping listeners create their own mental images.”
Images of the Carina Nebula, a large cloud of gas and dust where stars are born, was transformed into a sparkling, melodic track, which NASA team members described as “vibrant and full, representing the detail in this gigantic, gaseous captivity that has the appearance of a mountain range.”
The projects scientists explained in the release that “the gas and dust in the top half of the image are represented in blue hues and windy, drone-like sounds. The bottom half of the images, represented in ruddy shades of orange and red, has a clearer, more melodic composition.”
Sonification of the Southern Ring Nebula created a more eerie track featuring wind-like whooshs accompanied by plucking noises. The track is separated into two parts to represent the the two different infrared views of the Southern Ring Nebula captured by Webb.
The colors in the images “were mapped to pitches of sound—frequencies of light converted directly to frequencies of sound,” NASA team members wrote. “Near-infrared light is represented by a higher range of frequencies at the beginning of the track. Mid-way through, the notes change, becoming lower overall to reflect that mid-infrared includes longer wavelengths of light.” 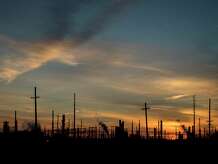 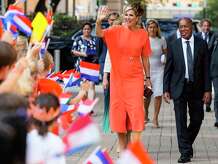 Webb’s data on the atmosphere of hot gas giant exoplanet WASP-96 b, which is located 1,150 light-years away from Earth, was also interpreted into an audio track that featured the sounds of water droplets falling to represent the water signatures discovered in the planet’s atmosphere. “These sounds simplify the data—water is detected as a signature that has multiple data points,” team members wrote. “The sounds align only to the highest points in the data.”
Scientists say the compositions provides a different way to experience detailed information in Webb’s data, and also makes its discoveries more accessible to blind and low-vision space enthusiasts.”When I first heard a sonification, it struck me in a visceral, emotional way that I imagine sighted people experience when they look up at the night sky,” Christine Malec, a member of the blind and low vision community who worked on the project.
This isn’t the first time NASA has explored recent images of space through sound. Last month, NASA shared an audio clip that captured eerie sounds emitted from a supermassive black hole more than 250 million light years away from Earth.