Editor’s note: This is an edited and abridged version of the Santa Cruz County Grand Jury report. For the full report, see: www.co.santa-cruz.ca.us/departments/grandjury.aspx#report
•••
In 2016, residents within the Santa Cruz Public Libraries’ system approved Measure S, a special tax that, over time, would raise $67 million. As a special tax, Measure S funds were restricted for use in modernizing, upgrading, and repairing local library branches. 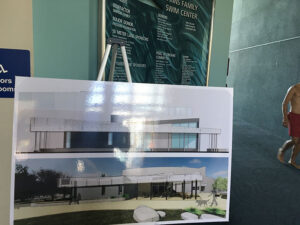 The Santa Cruz County Board of Supervisors elected to use Measure S funds to complete a Santa Cruz County Parks project they call the “Live Oak Library Annex.”
The Annex (currently being constructed) is about one mile from the existing Live Oak Branch Library. The Annex is, in essence, a collection of study and education spaces with publicly available computers and internet that will be managed by County Parks staff.
Santa Cruz Public Libraries (SCPL) will not have librarians or books for loan at this location.
This report explores the SCPL’s development of a master plan for the improvement of its 10 library branches, which led to the need for a funding source, Measure S.
The SCPL’s effort to obtain the cooperation of elected officials in urging their constituents to support Measure S led to a shift away from SCPL’s priorities.
The result was the County’s unchallenged decision to use library funds to expand a nearby community center.
The Grand Jury has concluded that the Annex is an expansion of the Live Oak Community Center and not an expansion of the Live Oak Branch Library.
Following the State’s elimination of redevelopment agencies, County Parks was left without a ready source of capital funds needed to complete the vision of the Community Center.
Measure S filled the void.
The Grand Jury recommends the County Board of Supervisors reassess its decision to use Measure S funds to improve the Live Oak Community Center and restore the voters’ trust.
The Grand Jury decided to investigate after reading an opinion letter published in the Santa Cruz Sentinel suggesting that this was an inappropriate use of library funds.
Measure S Ballot Language
In June 2016, the SCPL asked voters within its service area to approve Measure S:
To modernize, upgrade, and repair local libraries in Santa Cruz, Aptos, Live Oak, Scotts Valley, Boulder Creek, Capitola, Felton and La Selva Beach—replace failing roofs, outdated bathrooms, electrical systems, structurally damaged facilities; support growing use by children, seniors, veterans, and others; expand access to modern technology; and construct/expand facilities where necessary; shall Santa Cruz Libraries Facilities Financing Authority issue $67,000,000 in bonds for Santa Cruz Libraries Facilities Financing Authority Community Facilities District No. 2016-1; levy a special tax annually on parcels within the Community Facilities District; establish an initial appropriations limit; and assure mandatory accountability?
Just over 70 percent of voters approved Measure S.
Property owners within the SCPL service area are assessed an annual parcel tax that will yield $67 million in library funds. These funds may be used only for the purposes stated in the ballot question.
This limitation on use makes Measure S a special tax, requiring two-thirds voter approval. 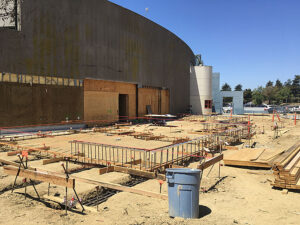