As it stands right now, the 5th-generation Forester sits at the top of the Subaru pecking order in Malaysia, and we all know it’s a standout SUV, beating its closest rivals in a 4-way shootout we filmed back in 2020. So, does the newer range-topping GT Edition bring enough to the table?
We had previously taken the Subaru Forester GT out for a road test but since I wasn’t the one behind the wheel, that question continued to remain unanswered in my mind.
But then, over the recent Hari Raya week of 2022, I got a chance to spend more time with it and also put it through the rigours of a schedule-packed and often hectic festive period filled with travel, family, tension and plenty of cargo – a recipe for chaos but an ideal pressure test for this white not-so-little machine. 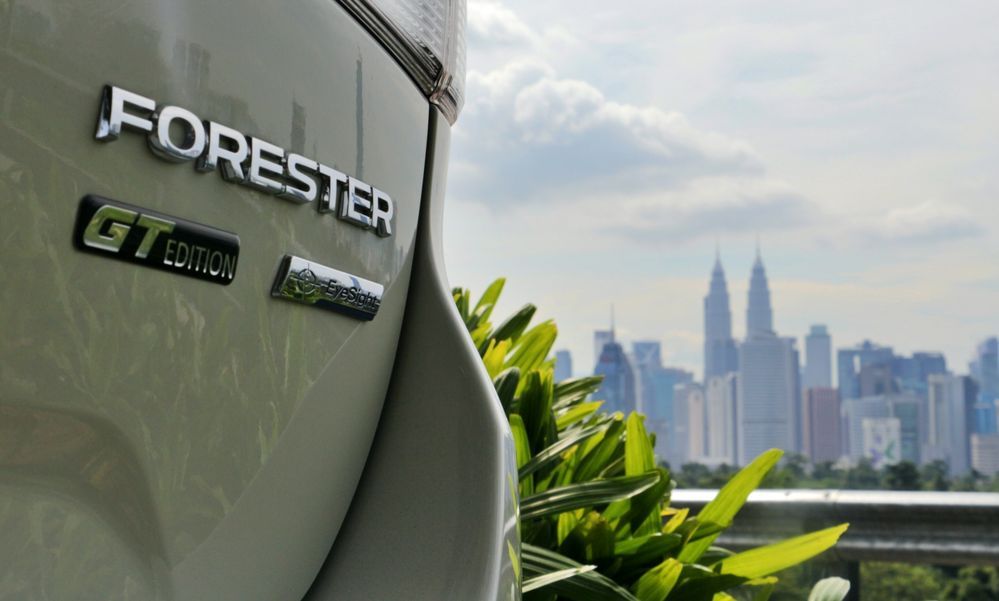 As SUVs have become the primary focus of vehicle type for Subaru as well as the car industry in general lately, the Forester has evolved into the Japanese brand’s staple model and one of its most popular. Its success has gone from strength to strength since its initial debut in 1997.
Despite that, the formula stays pretty consistent over the past couple of generations, indicating that Subaru has pretty much settled into a nice little groove and is keener on refining the finer details.
Still, at its launch, the GT Edition was lobbed by local distributors TC Subaru (a.k.a Motor Image Malaysia) for RM177,788, or some RM8,000 dearer than the 2.0i-S EyeSight on which it’s based and shares so much. Is that premium justified? 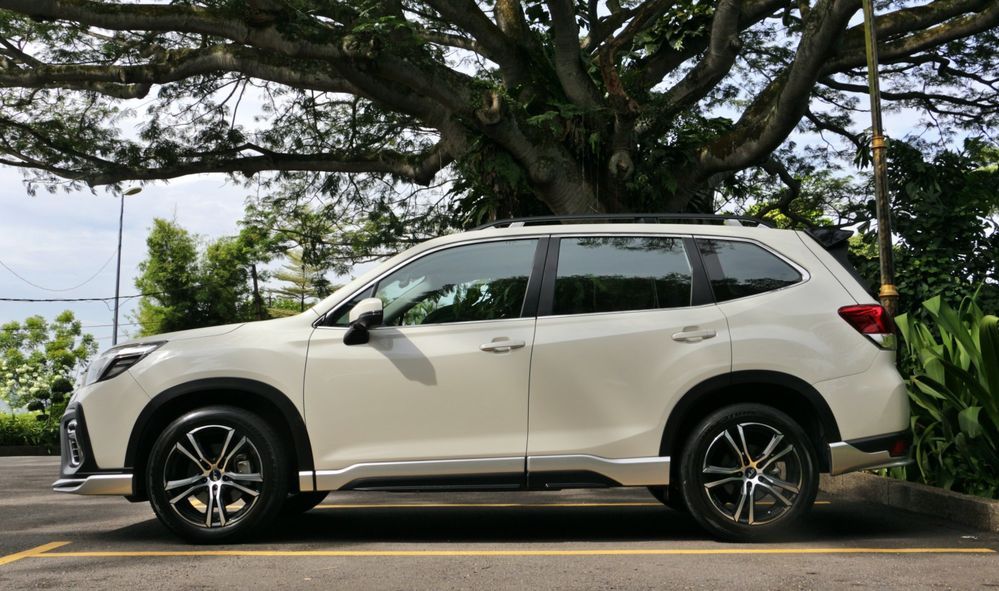 This is where that extra cash goes. The GT Edition is instantly separated from ‘normal’ looking Foresters by its edgier/sportier exterior treatment that does successfully meld the functionality of that box-on-wheels shape with aesthetic flourishes that adds curb appeal while avoiding visual excess.
Over the 2.0i-S that it supplants, the GT adds unique wheels, side skirting, rear roof spoiler, and front/rear lips that add to its lower perimeter without compromising ground clearance much. 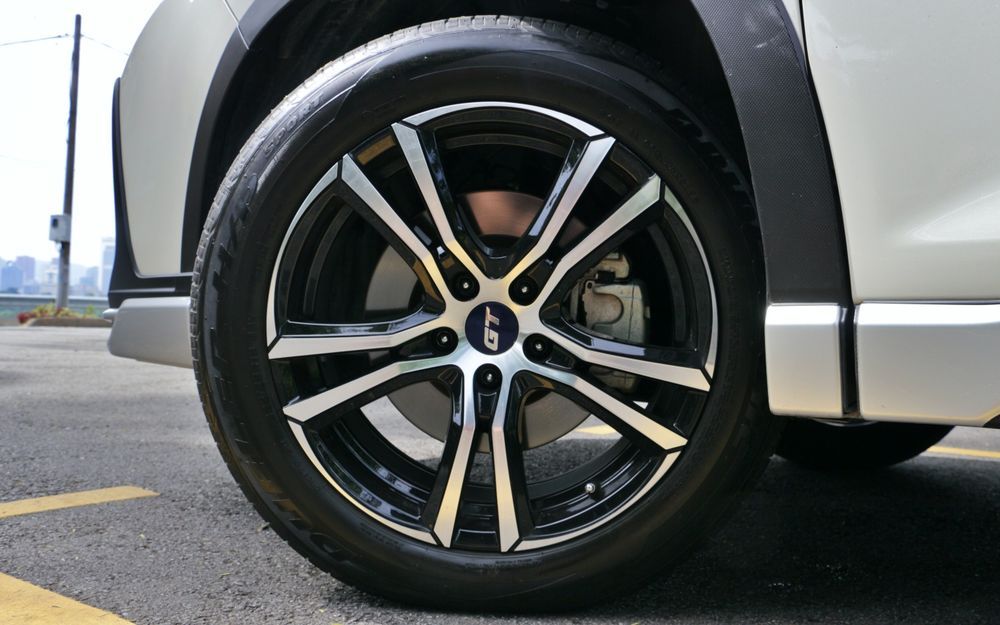 However, the most obvious new touch is its variant-specific 18-inch wheels with ‘GT’ centre caps. That said, its factory tyres, a set of Bridgestone Dueler H/P in 225/55 fitment, are a far cry from being sporty.
Besides that, you’ll be hard-pressed to really distinguish this apart from the lower rung Foresters, especially at a distance, but up close is where the visual alterations combine to deliver some much-needed invigoration to this Subaru’s modest styling. 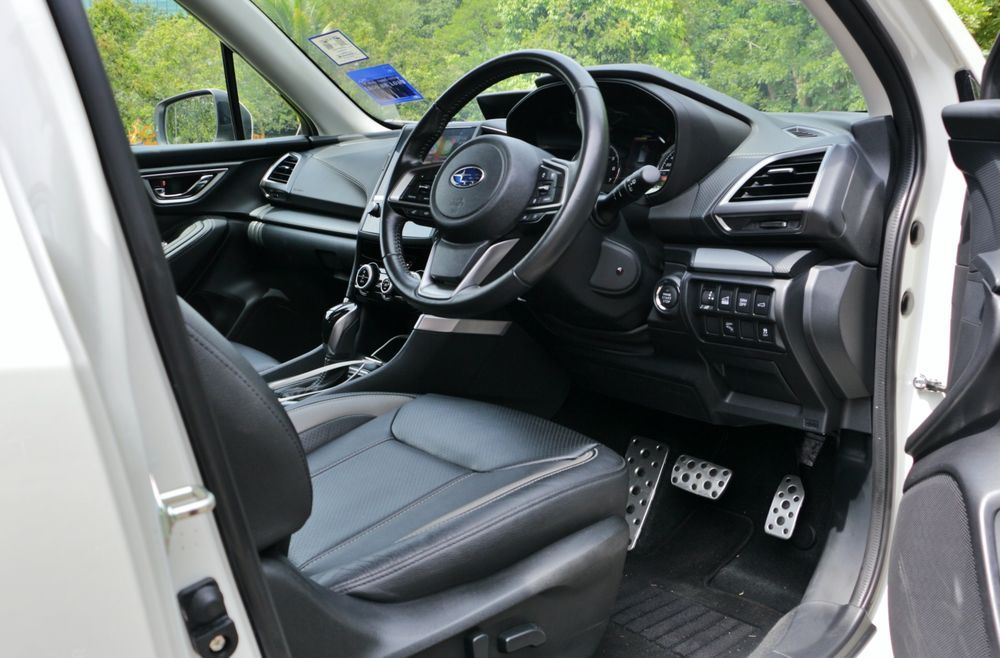 LARGE. That’s the impression when stepping into the Forester, not just the GT. This is further amplified if, like me, you happened to also be testing some of its C-segment SUV rivals back to back. Simply put, if you need maximum cabin space and general commodiousness within a 5-seat, 5-door SUV, this Subaru is undefeated.
The glasshouse is massive (you’ll need a tint) when compared to the relatively boxed-in interiors that SUVs are trending to these days with lower rooflines and coupe-like profiles, which the Forester has completely shunned, leading to exceptional headroom and airiness. 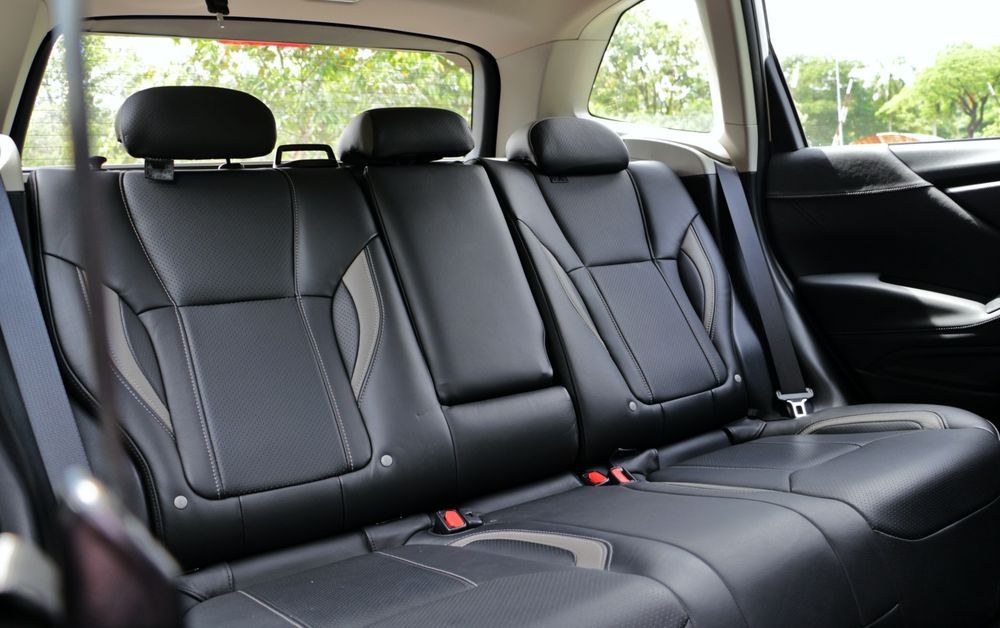 At the back, its boot not only looks massive but can swallow up 520-litres of cargo before it breaches the 2nd-row seat backs. Folding them flat in their 60:40 split reveals close to 1,600 litres of room, making it the segment leader in sheer capacity.
Something else specific to the GT Edition is the upholstery on its perforated leather seats that are finished in a two-tone shade with bright contrast stitching (to match the exterior colour). 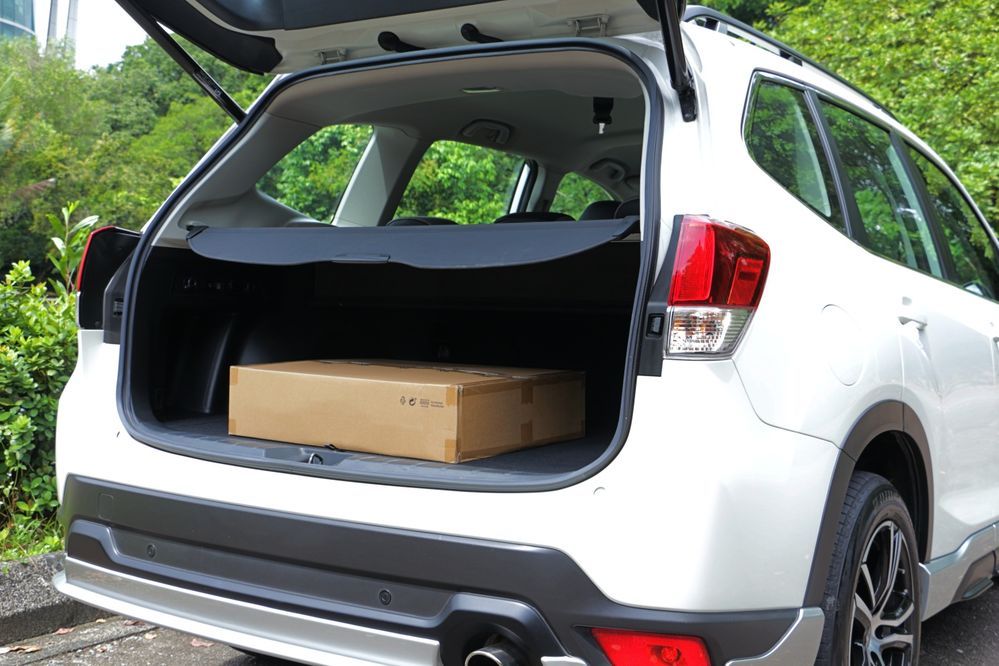 They’re a nice addition but don’t exactly scream ‘premium!’ or overt sportiness, though its side bolstering and general feel do inspire confidence.
Finishing and build quality is solidly above par but the materials probably won’t elicit much enthusiasm. As far as design goes, the Forester shows off Subaru’s tendency for straightforwardness and functionality most prominently, though the GT does deliver a slightly extra visual flair. Everything is laid out intuitively, but if you’re after panache, look elsewhere. 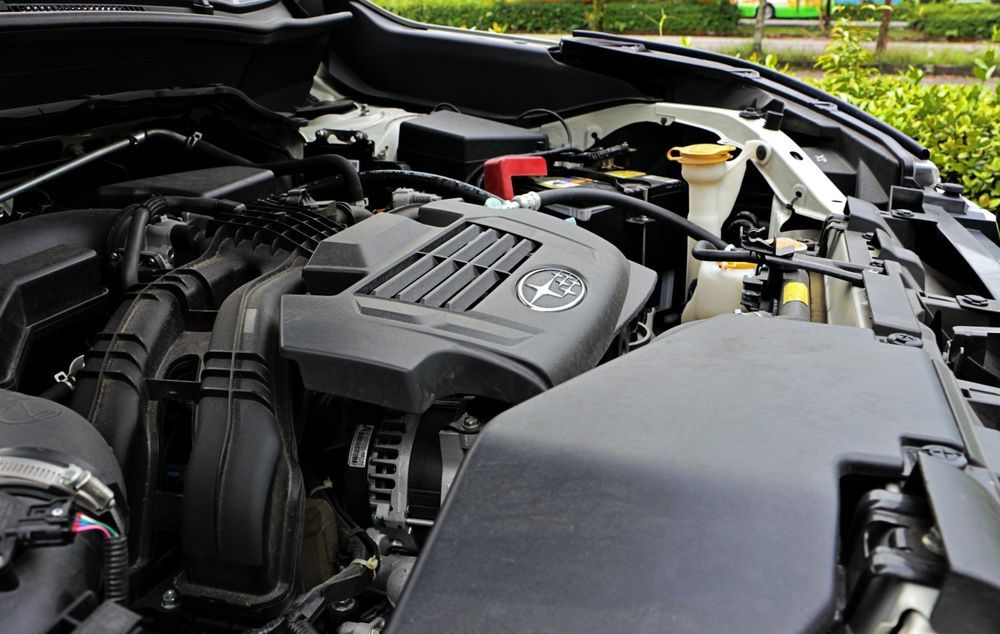 Buried some distance beneath that raised bonnet is Subaru’s staple flat-four Boxer engine, this one being the naturally aspirated FB20 2.0-litre petrol that produces 156PS at 6,000rpm and 196Nm at 4,000rpm that’s paired to a Lineartronic CVT.
That isn’t exactly impressive numbers given how much I’ve raved about how much cargo this thing can lug around. Bring along some passengers, attempt an uphill route and it isn’t hard to imagine this motor getting a little overwhelmed. Subaru isn’t a stranger to turbocharged engines, and at times this Forester (like the rest of the range) sorely needs it.
Fortunately, while not brisk by any means, even with only the driver on board, the engine was smooth and capable of keeping up with fast-moving traffic, even managing some impromptu overtakes on account of my impatience. With luggage and additional passengers, while the GT didn’t do much complaining, it didn’t get me to my outstation destinations in record time either. 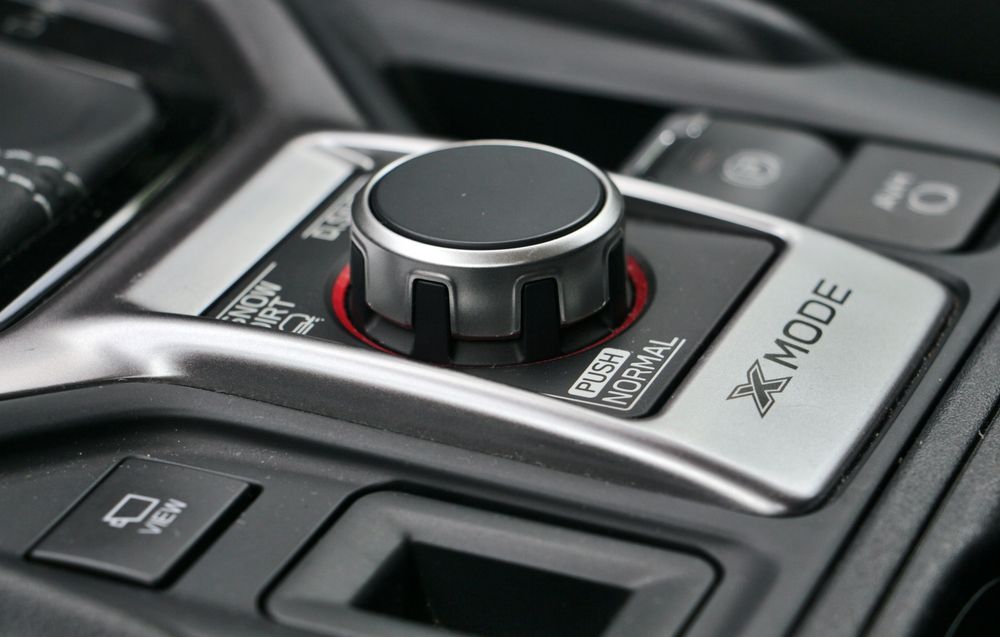 The ace up Subaru’s sleeve is its ability to actually traverse rough terrain instead of just pretending it can. That engine and gearbox combo is paired with their Symmetrical All-Wheel Drive system that enables it to do some legitimately impressive feats that its 2WD rivals (pretty much all of them) just can’t.
Though I did not get to put any of those off-road claims to the test this time around, this is an automaker with such a prolific history in rally racing and rough-going production cars that there’s really no reason to doubt any of the Forester’s abilities, unlike claims from some of its competitors. 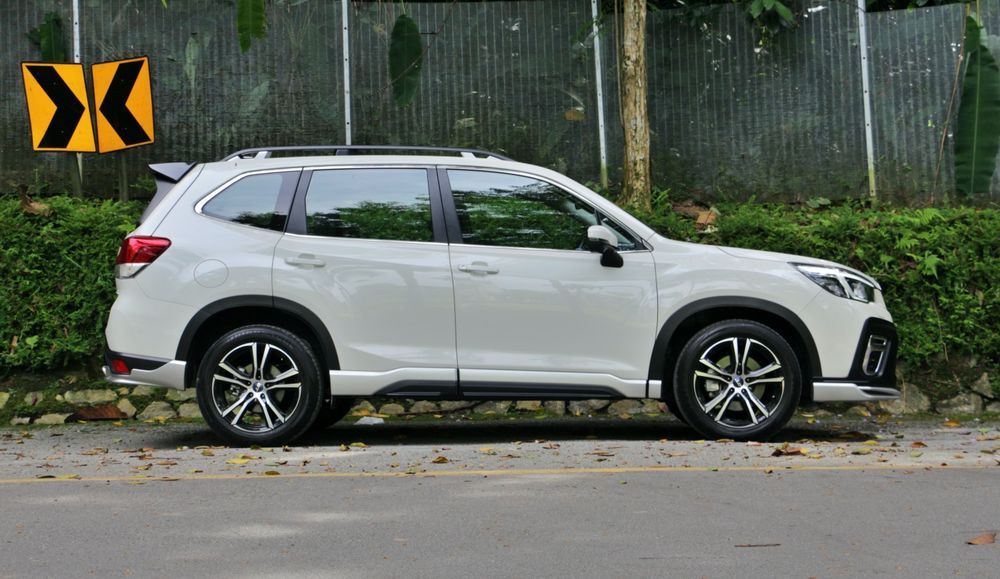 Redeeming its lacklustre powertrain, or perhaps emphasising it, is its on-road dynamics. We’re not quite sure if it's the low-mounted engine, all-wheel drive, or some exceptional chassis tuning, but the Forester GT feels surprisingly engaging to drive when pushed. Our bet is that it’s a combination of those factors.
Steering, electrically assisted, is expectedly a little numb but light for city use but also quick and precise, vitally providing the driver with feedback of directional changes and even minor adjustments. 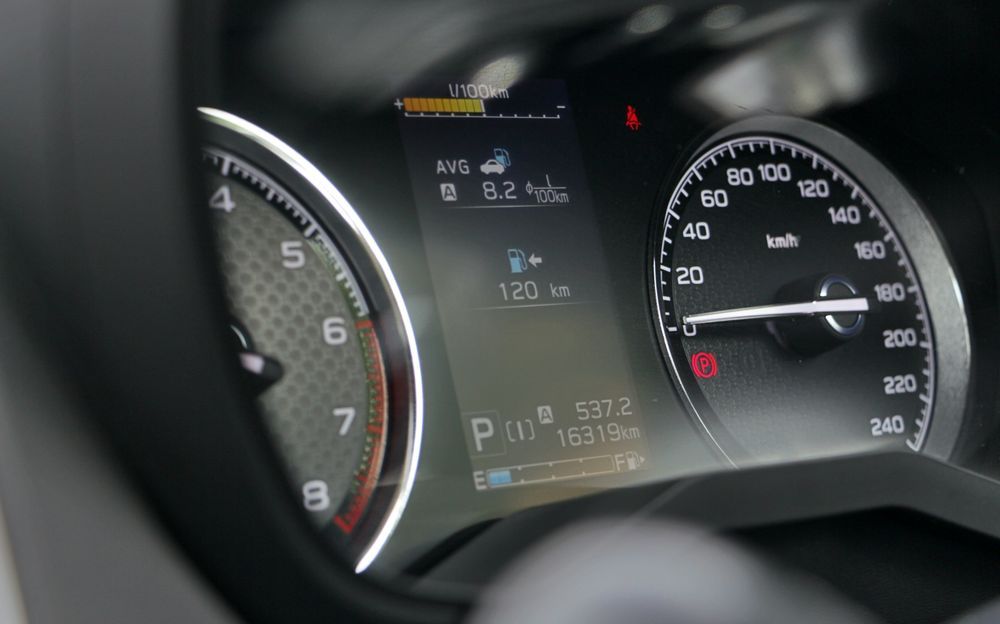 That said, there’s a lot to potentially complain about here too, but despite not having as much power as I would have wanted, wearing less-than-sticky tyres, and that CVT gearbox, I am surprised at just how much more enjoyable it is to drive than the majority of its rivals.
Calming myself down, and with the exception of low-speed oomph, the Forester GT is pretty good at usual everyday driving. It’s smooth, quiet, comfortable for long journeys, and pretty frugal on fuel if you keep your right foot in check. Given its size, it’s not cumbersome. I found it also fairly easy to drive and thread through narrower parts of town. 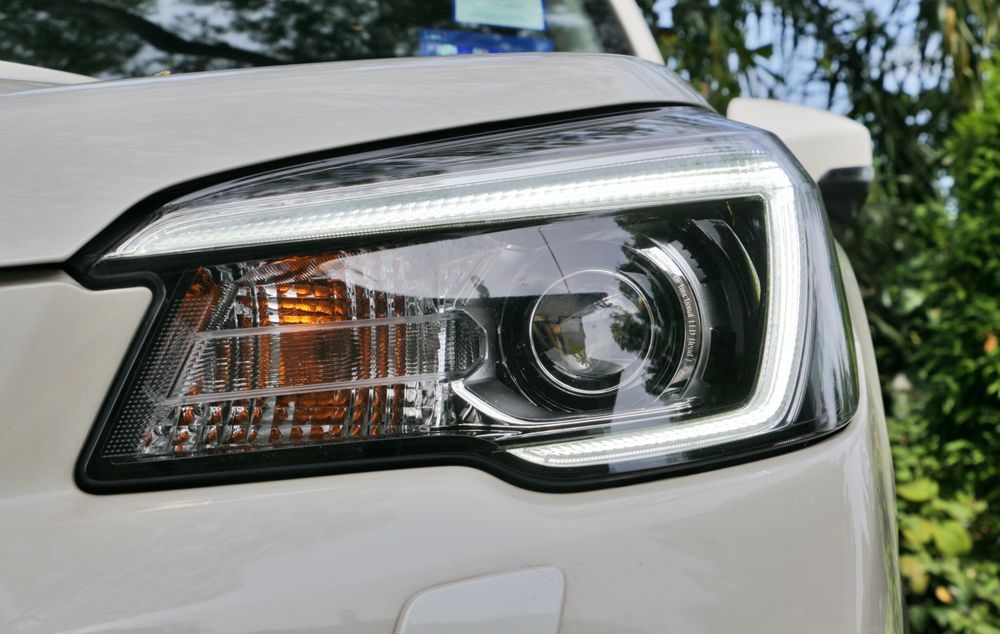 The tech package here is headlined by, coincidentally, its safety systems: EyeSight. It’s so important that Subaru even includes it in this model’s full name.
Of course, this refers to the brand’s active safety suite which is also offered in the variant below the GT. This driver-assist features include the Autonomous Emergency Braking (Subaru calls it Pre-Collision Braking and Throttle Management but ok), Rear Cross Traffic Alert, Blind Spot Monitoring, Lane Sway and Departure Warning, and even Adaptive Cruise Control for near-effortless highway cruising. 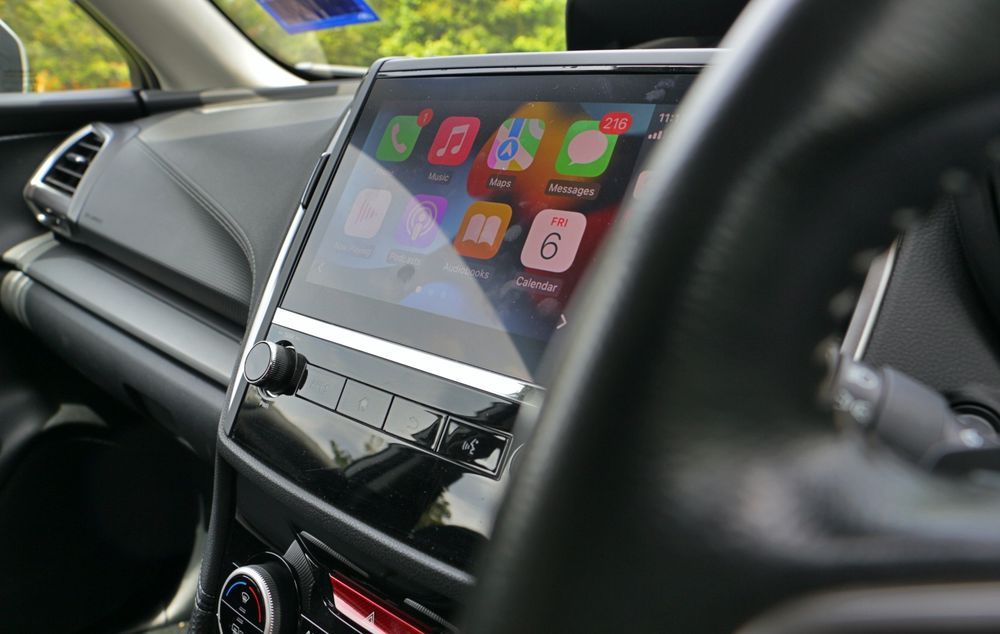 It’s a pretty extensive list and Subaru was indeed one of the first automakers to really push its inclusion in the majority of models. In addition to that, the GT does feature an upgraded infotainment system comprising of an 8-inch touchscreen with support for Apple CarPlay and Android Auto connectivity. This larger canvas also allowed Subaru to integrate a very useful 360-degree camera system (Superview Around Recognition) for easy close-quarter manoeuvring. 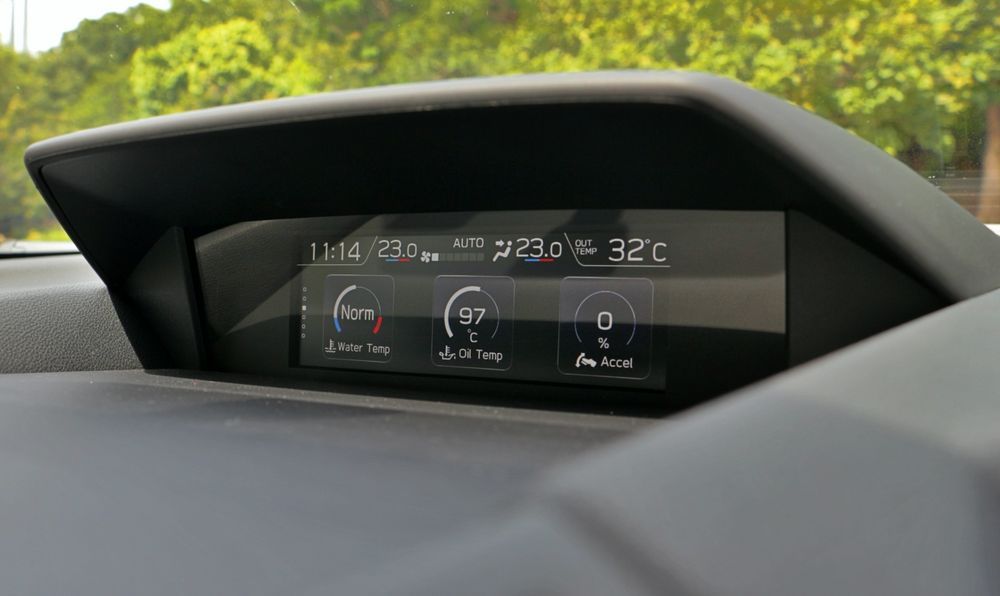 Despite the functionality, the manner in which it is integrated leaves much to be desired. Functionality aside, the 8-inch unit does boast decent clarity, responsiveness, and viewing angles but its interface feels decidedly….aftermarket.
This is somewhat evidenced by the lack of interplay with any of the other digital readouts within the Forester such as the smaller one perched above the dashboard. The instrument cluster remains traditionally analogue which I personally prefer but could see how this lack of technological unity can hurt the impressions of cross-shopping customers, and who can blame them for expecting more. 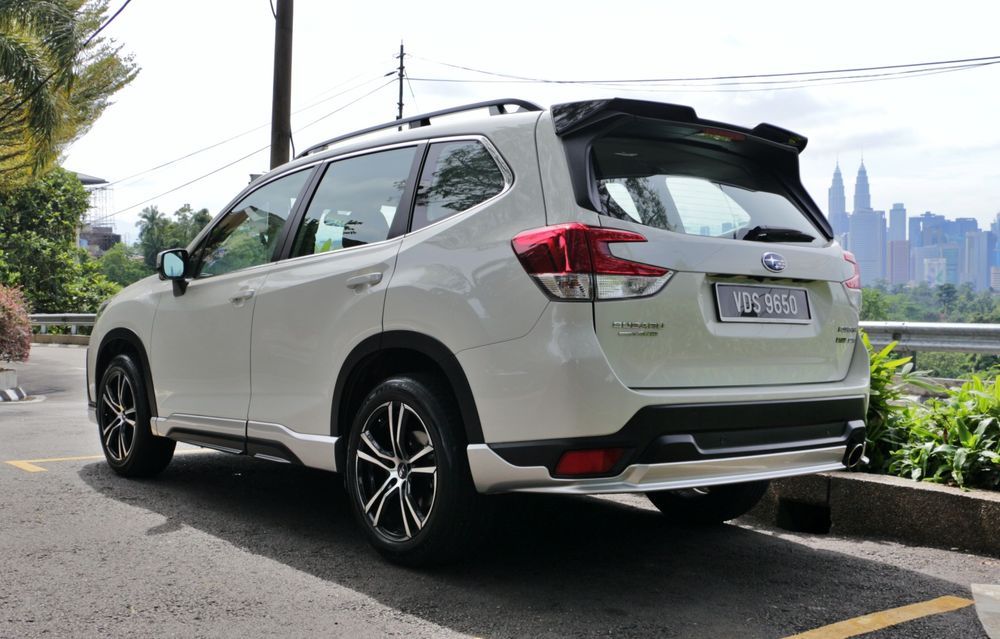 As a daily driver, few SUVs can match the all-around ability of the Forester. Compared to some of its rivals that might have sacrificed some utility for style points, this Subaru stands in opposition to that entire notion. It’s a beast of versatility, plain and simple.
It’s even the best choice to explore areas off the beaten path. It is one of the only vehicles in this class with true off-road ability in contrast to the majority of today’s SUV posers that’ll get stuck faster than a rock in a hard place if you take it anywhere off a carefully paved surface. Even here, the Subaru is probably the best handler of the bunch. 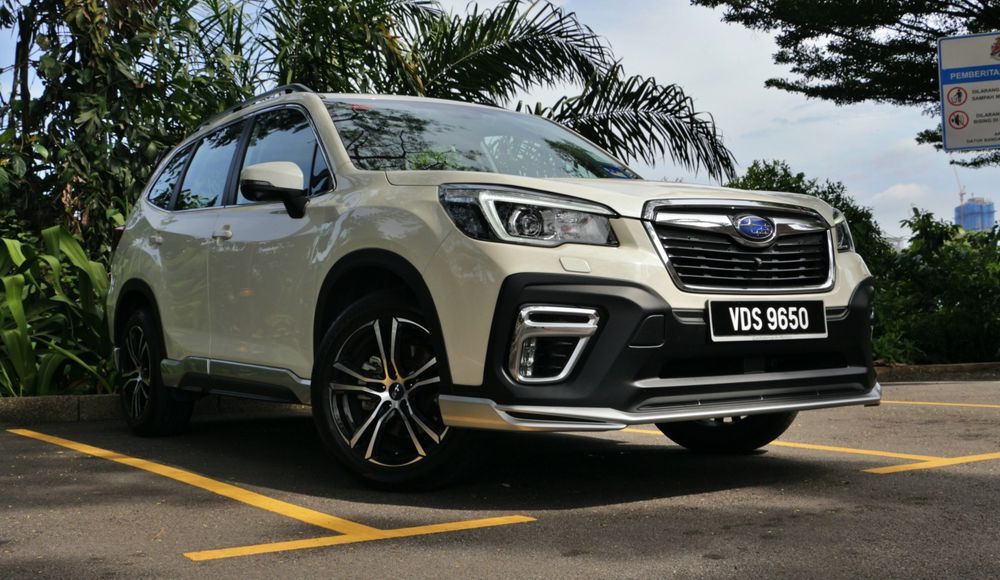 So far, these are all strengths possessed by the other Foresters. The GT, unfortunately, doesn’t really have many obvious advantages over the lower-rung variants while also inheriting their shortcomings, and yes that includes that underpowered 2.0-litre engine, the sole powerplant available in Malaysia.
With a price nearing RM180,000, justifying the premium asking price of the GT over the Forester 2.0i-S isn’t an easy task, but if the cosmetic upgrades both inside and out catch your fancy and you crave a little extra spicy garnish over the standard variants, this might well be your next SUV.
There’s just something about cars. It’s a conveyance, it’s a liability, it’s a tool; but it can also be a source of joy, pride, inspiration and passion. It’s much like clothes versus fashion. And like the latter, the pursuit of perfection never ends.