When a Pembroke playground was burnt to the ground last April, the local community rallied together with a mission to restore the site to its former glory.
The Pig’s Field Family Connection was formed out of the ashes of the popular playground and is working with community members, the corporate sector and the Government to replace the playground equipment and develop the entire field into a community hub.
Having obtained a fundraising licence and gained charitable status to raise money for the restoration, the group have managed to make a down payment of $62,500 for new equipment and other features for the play area.
BNV with Patrina Paynter & Rhydell Paynter about Pig’s Field Family Connection

They are now encouraging the community to help raise the remainder of the $125,000 required to complete the outreach project.
Rhydell Paynter, president of the committee, said it has taken “blood, sweat and tears” to reach a point where they could purchase new playground equipment but realises they “still had a long way to go.”
He told Bernews: “After the playground was burnt down in April last year, the community came together and decided we wanted to do something to replace it. It’s snowballed from there.
A look at the work done so far to restore the area

“It’s integral to the community,” he said.
“There’s no such thing as a small donation. It all gets us closer to the bottom line.”
Mr Paynter said the committee signed a memorandum of understanding with the Government, the parks department, for a public-private partnership of the site in February.
A rendering of the planned new equipment: 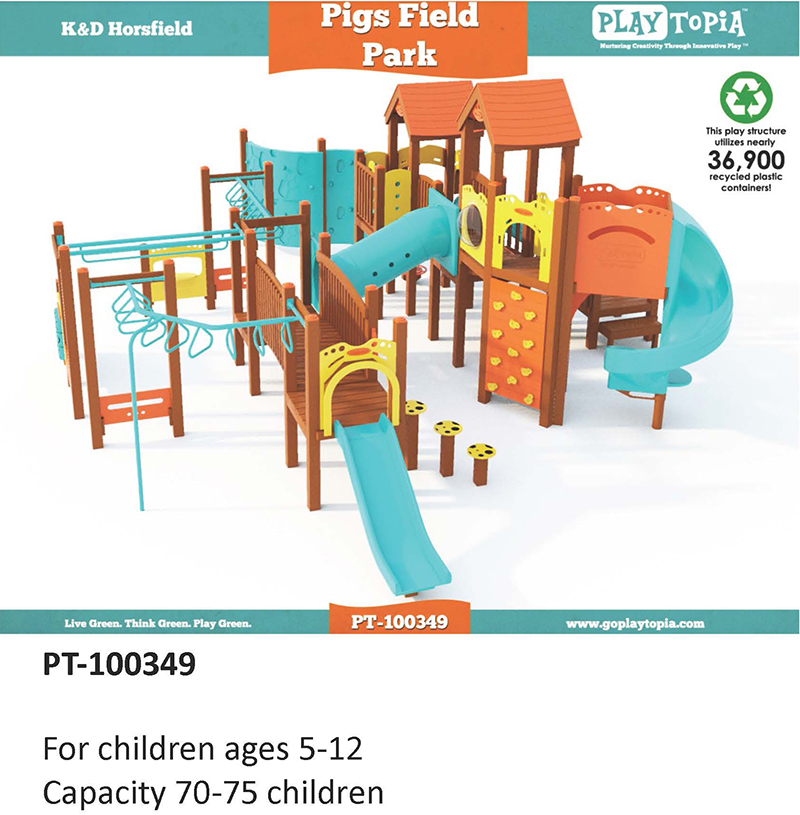 The committee is working with Horsefield Landscape and Design to bring in the equipment, which should arrive late summer-early autumn.
Mr Paynter said the project involved multi phases, including the installation of exercise equipment, perimeter fencing, picnic benches, lighting and security cameras.
He added the long-term vision was to build a community centre on the site.
Patrina O’Connor Paynter, committee co-secretary, said the local children have been involved in choosing the new equipment and reassured that the new playground will be “bigger and better”.
A rendering of the planned new equipment: 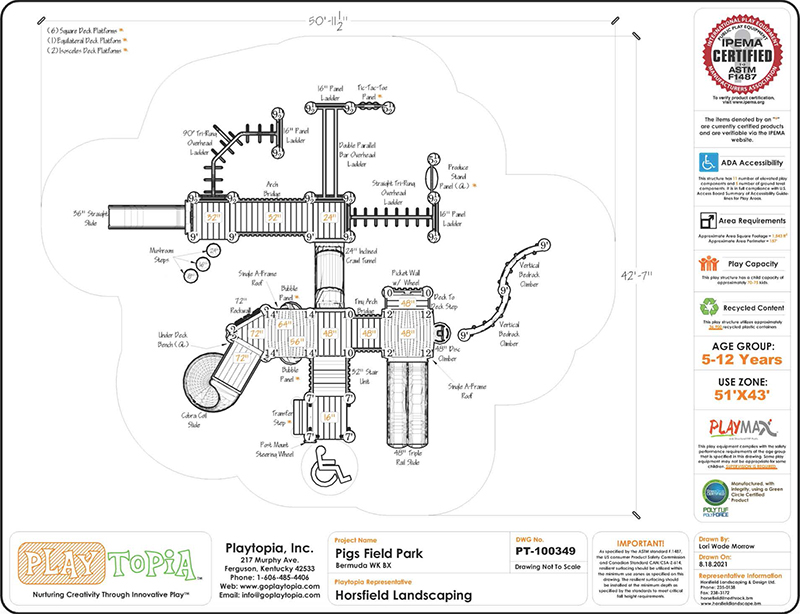 Ms Paynter, who is also managing director for youth mentoring charity Big Brothers Big Sisters of Bermuda, added: “This is one project when you see Government, corporate Bermuda, and the community come together for the greater good.
“For some of the kids in the area, this is the only place they can go and play. They don’t have big yards.
“We put it out [the choice of equipment] on Facebook and got the community to vote on which equipment they wanted. Every donation gets us closer to the bigger picture.”
To donate to the ‘Pig’s Field Restoration’, deposit funds into Clarien Bank, account number 6000252582.  Donations can also be made here on www.bdatix.bm.
#CharityEvents #PigsFieldFire
Category: All, Entertainment, News