Returning member?
Sign in
Who can resist cute puppy dog eyes? Especially when they belong to a future Guide Dog that will one day help bring independence to a person with low vision or blindness?
Adorable puppy ‘cutebaits’ are starring in a series of bold, out-of-home (OOH) billboards, alongside an oversized QR code, in the first campaign by The Royals for Guide Dogs Australia (GDA), promoting the charity’s June end of financial year (EOFY) donation drive. 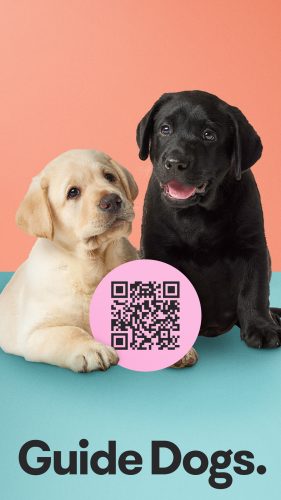