This Man Only Ate Carrots For 9 Months And You Won't Believe What Happened
Psychedelic Trance Music Is Bad For Your Health
Russians Genetically Modify Dogs For Combat
5 Natural Ways to Increase the Length of Your Member
Oral Sex To Be Made Illegal Under British Conservative Plans
The Hard Hitting Health Benefits of Semen
Shocking TRUTH That Wearing Crocs Is Not Just A Fashion Faux-Pas
GMO Super Weed Addicting And Mutating Ants
Holistic Recipe - Uropathic Tofu Marinade
Got Milk? Then You've Probably Got Man-Boobs!

Safe Gluten Free Flu Vaccine for Next Year
Cocaine found to be as addictive as a good brie
Natural remedies found to be 100% effective against fake illnesses.
Stunning finding reveals greatest level of stupidity amongst readers of Health News websites
New Wireless Headphones Can Transmit Crap Music into your Brain Via Ears
0

Ok Girls, so here is some fantastic research coming out of Alchemy University. Scientists have been exploring how deep vibration of the root chakra can balance the subtle energies of all seven chakras.

Evaluations from studies recorded at the university where test subjects have been using vibrators have had profound results. The women who have participated in the studies all have certain imbalances of their chakras, from the root to the crown. “Of the 1000 studies recorded, most of the imbalances were underactive root chakra and also underactive crown chakra” said researcher Patel Umbergaras. He also noted that some women had particularly overactive sacral chakras, signalling excessive amounts of sexual desire and gratification.

As many of our readers will know the 7 main chakras (subtle energetic frequencies) run along the centre of the body. 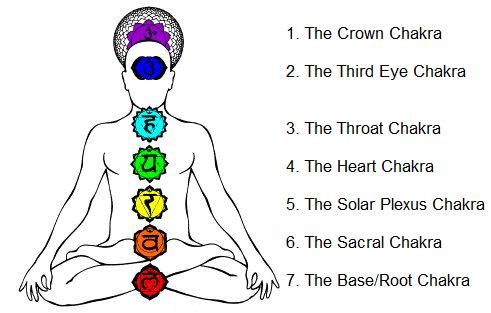 The research at the centre is proving that by stimulating vibration in the root chakra, increased  energy to the entire energetic channel in the body promoting wellness, balance, happiness and spirituality is greatly enhanced and are working in unison.

“Once each individual chakra is vibrating in unison, your entire physical, emotional, mental, and spiritual body raises to a new vibrational level to match the chakras. The more chakra energy work, the higher your whole body frequency will be raised. This will expand and raise awareness to a new state of being”

As the beach boys say “I’m picking up good vibrations”

The Damaging Truth about WIFI