The world has committed to making health for all a reality.
Primary health care (PHC) is one of the best tools we have for achieving that goal. It’s about health for everyone and at all ages, covering prevention, health promotion, treatment, rehabilitation and palliative care.
This week’s stories focus on donor-supported activities that are helping create a world where the health needs of everyone are covered.
Read, for example, about the half million more health workers being trained to work in the Americas, the new clinic for a village in Sudan, WHO/Europe’s vision for transforming primary health care, and the much-appreciated health services offered by mobile clinics in Syria and Palestine.
This edition also covers polio trackers in Tanzania and malaria trackers in Timor-Leste, the special health-care challenges of the world’s smallest countries, new ideas for improving health care in prisons and Bangladesh’s biggest-ever cholera vaccination campaign. 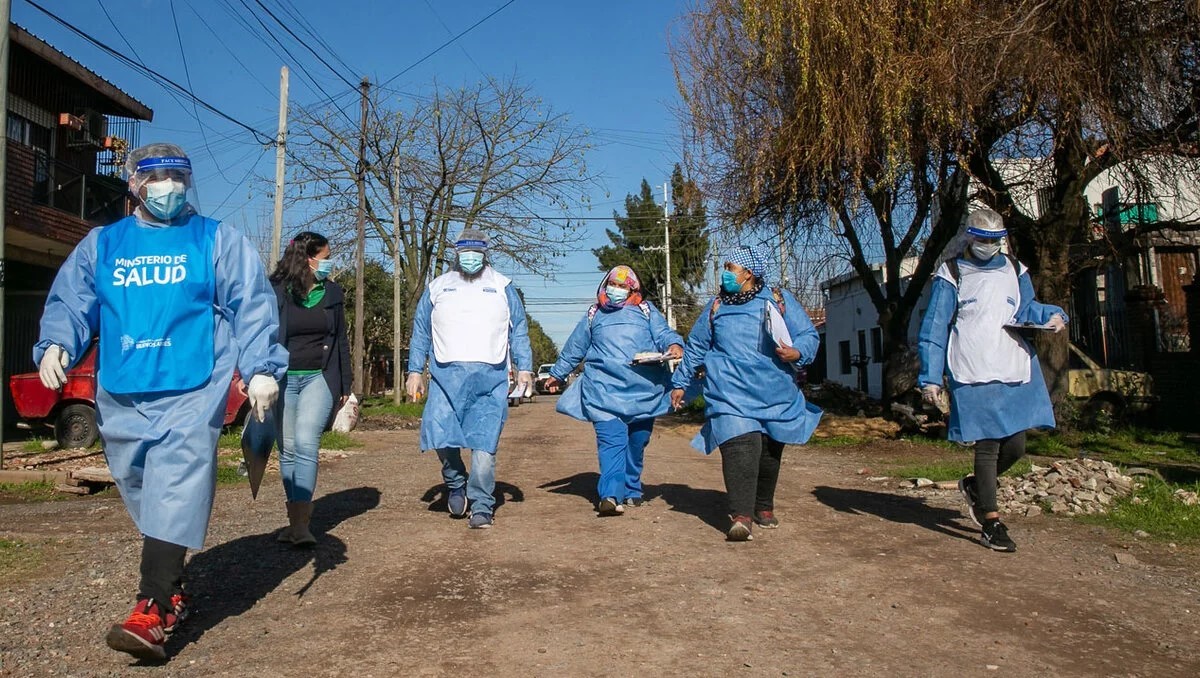 Over the next five years, 500 000 public health workers will be trained and equipped through a joint initiative of the United States of America and the Pan American Health Organization (PAHO).
“Without healthcare workers there is no resilient health system, no access to healthcare, nor preparedness for pandemics,” PAHO Director Dr Carissa F. Etienne said at the launch of the initiative in June.
The Americas Health Corps (Fuerza de Salud de las Americas) is seeking to fill an estimated shortage of 600,000 workers, primarily in rural and underserved areas. 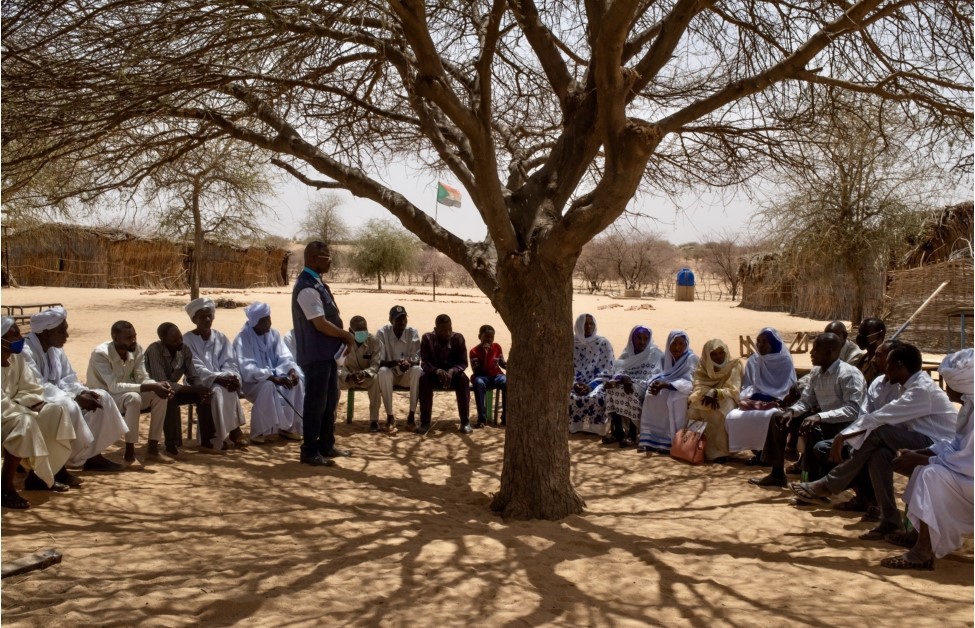 Above: a conversation about health care in Abu Gaw, North Darfur, led by a WHO staff member. ©UHC-Partnership

Abu Gaw’s newly opened health center has been providing essential health services since it opened earlier this year, replacing a clinic that was destroyed by war in 2004. The project has been shaped by input from the community.
“The people feel cared for,” local midwife Bahja Ahmed said. “They receive adequate services. Medicine is made available, and the centre is comfortable as well.” 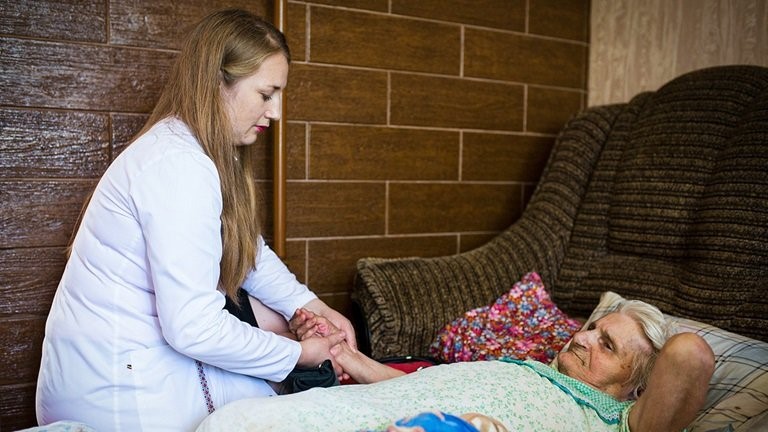 A family doctor pays a home visit in Moldova. ©WHO/Igor Vrabie
WHO/Europe has set out a vision for transforming the region’s primary health care in the coming years based on lessons learned from the COVID-19 pandemic.
“The pandemic has not only shown the importance of primary health care; it has revealed how fast it can transform, adjust and adapt to people’s needs, especially the most vulnerable,” said Dr Melitta Jakab, Head of the WHO European Centre for Primary Health Care. “We hope that this new vision and way of working will enable us to inspire change and show tangible results.”

War has degraded the warn-torn country’s health system, and mobile clinics are a vital source of health services. The clinics circulate in Aleppo, rural Damascus and Deir-ez-Zor governorates. ©WHO
The WHO clinics, supported by the Global Fund and the International Organization for Migration (IOM), are each equipped with a doctor, nurse, lab tech and driver, and fitted with x-ray machines that share high-quality digital images for swift diagnosis and generators for areas without reliable electricity.
Also read about:
The convoy that in July delivered $US 1.4 million in medical supplies to a Syrian conflict zone
The mobile clinics that are providing vital health services in Palestine’s Jordan Valley 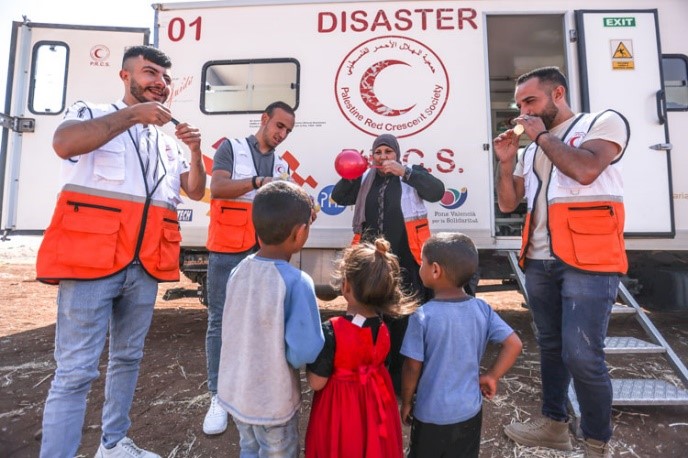 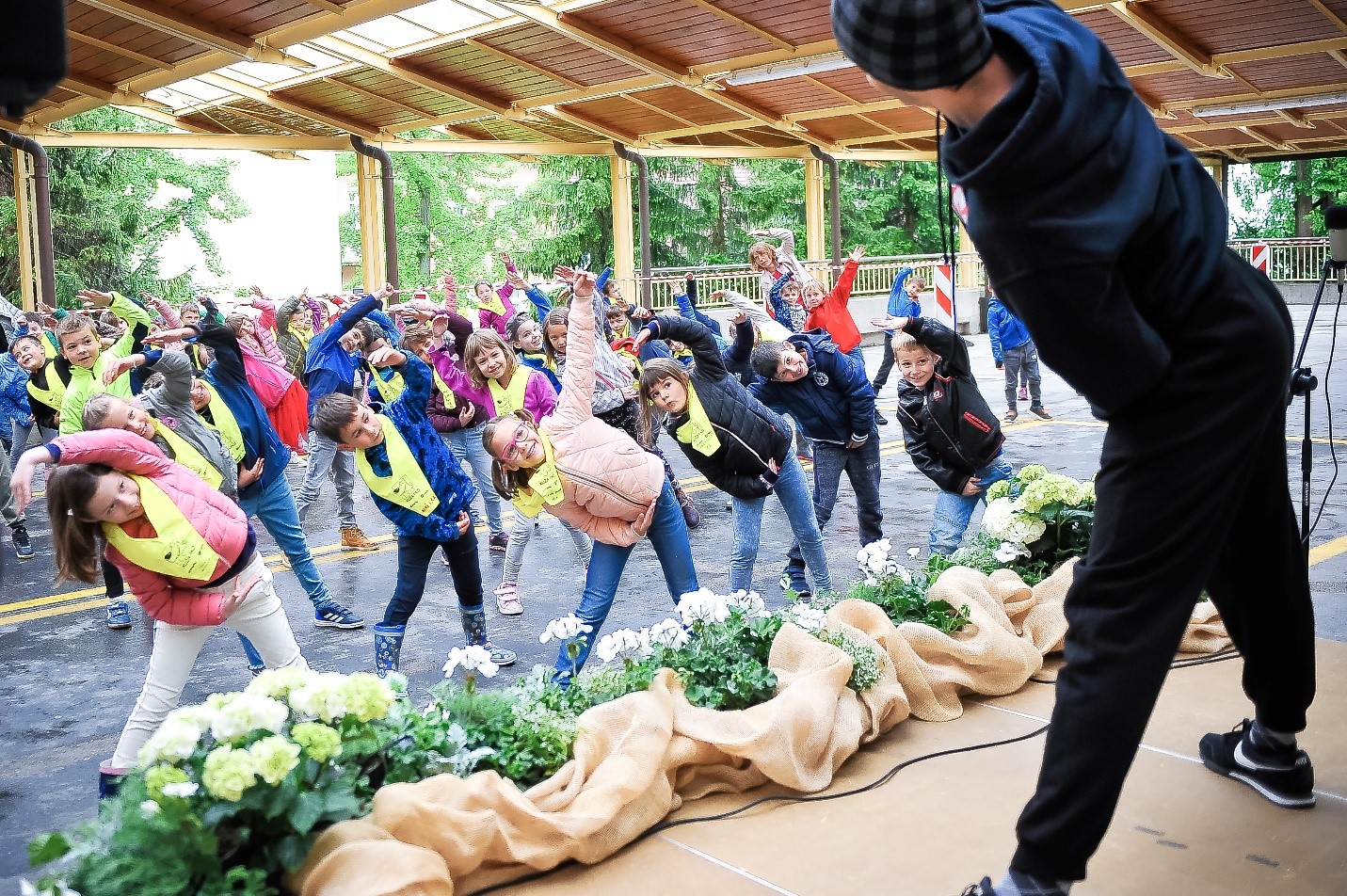 Slovenia promotes exercise as a part of a healthy lifestyle. ©WHO 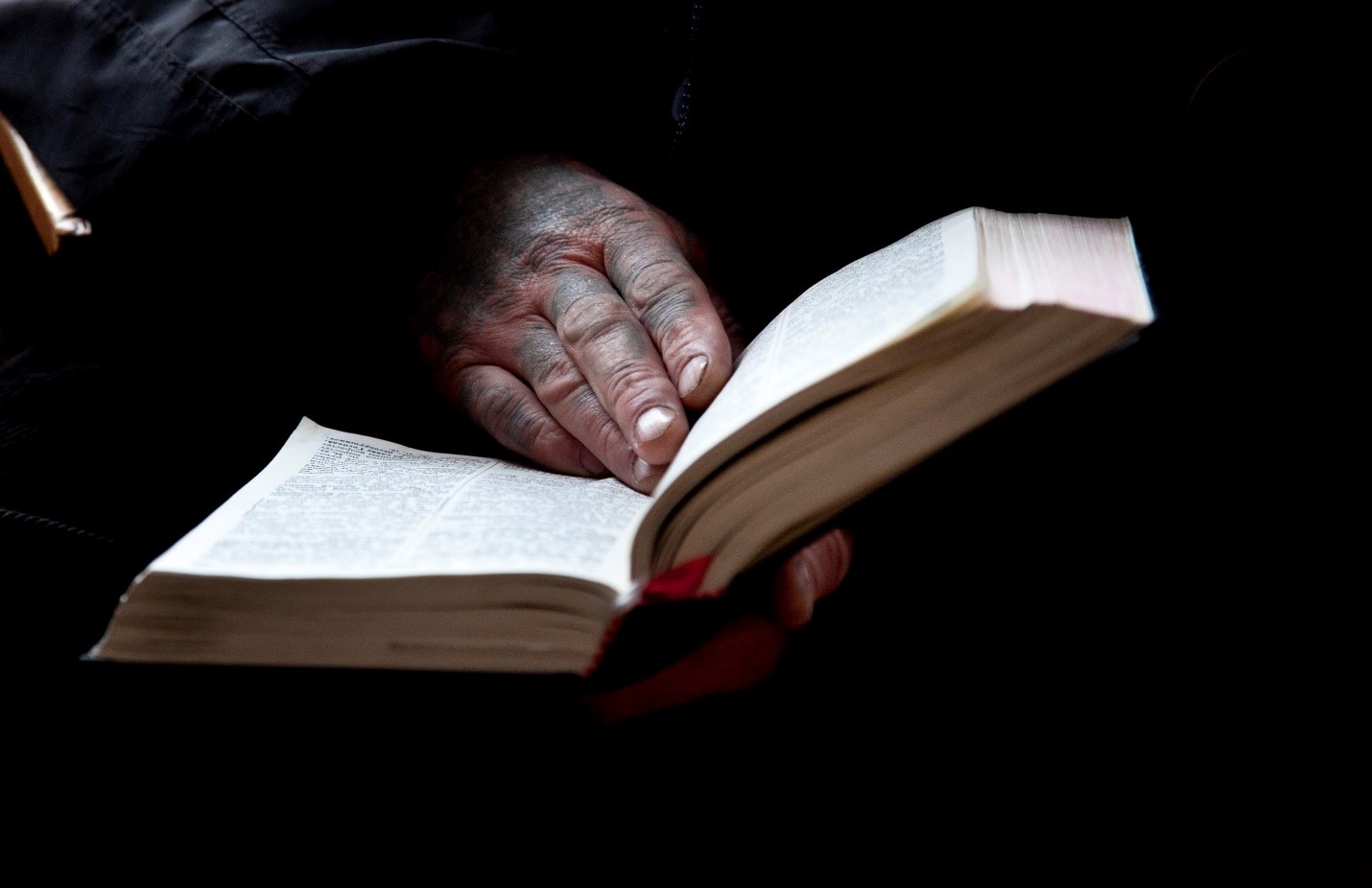 Above: an inmate reads in Kyrgyzstan. ©UNODC/Alimjan Jorobaev
On the occasion of Nelson Mandela International Day (18 July), WHO presented Cancer and health inequities in prison settings, a new report that cites the main obstacles to health for prison inmates and explores ways to overcome them.
“Some (inmates) hadn’t even had access to health services before they got to detention, so prisons can provide a unique opportunity to bring health to the vulnerable,” said Dr Carina Ferreira-Borges, Senior Adviser for Noncommunicable Diseases (NCDs) and Programme Manager of Prison Health at WHO/Europe.
The new report says health in prisons is made even more fragile by poor record keeping, a low priority placed on addressing health issues and inconsistent quality in health care. 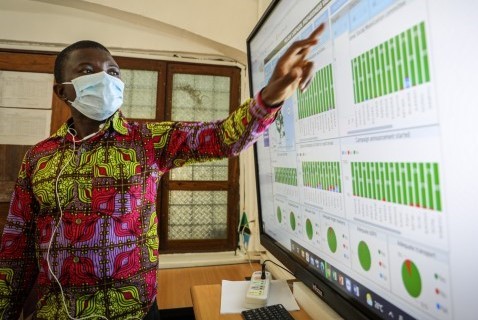 Reliable data is necessary for responding to disease outbreaks. Above, Sally Tettey Emmanuel, a WHO field epidemiologist, tracks polio cases from the Emergency Operations Centre in Tanzania’s northern city of Arusha. ©WHO
In the wake of the wild poliovirus outbreak in Malawi in February, neighbouring countries, including Tanzania, have stepped up surveillance to detect cases. New digital tools allow them to respond more quickly to reports of polio cases.
Skills acquired in the polio response are now being applied to other infectious disease outbreaks, including yellow fever and COVID-19. 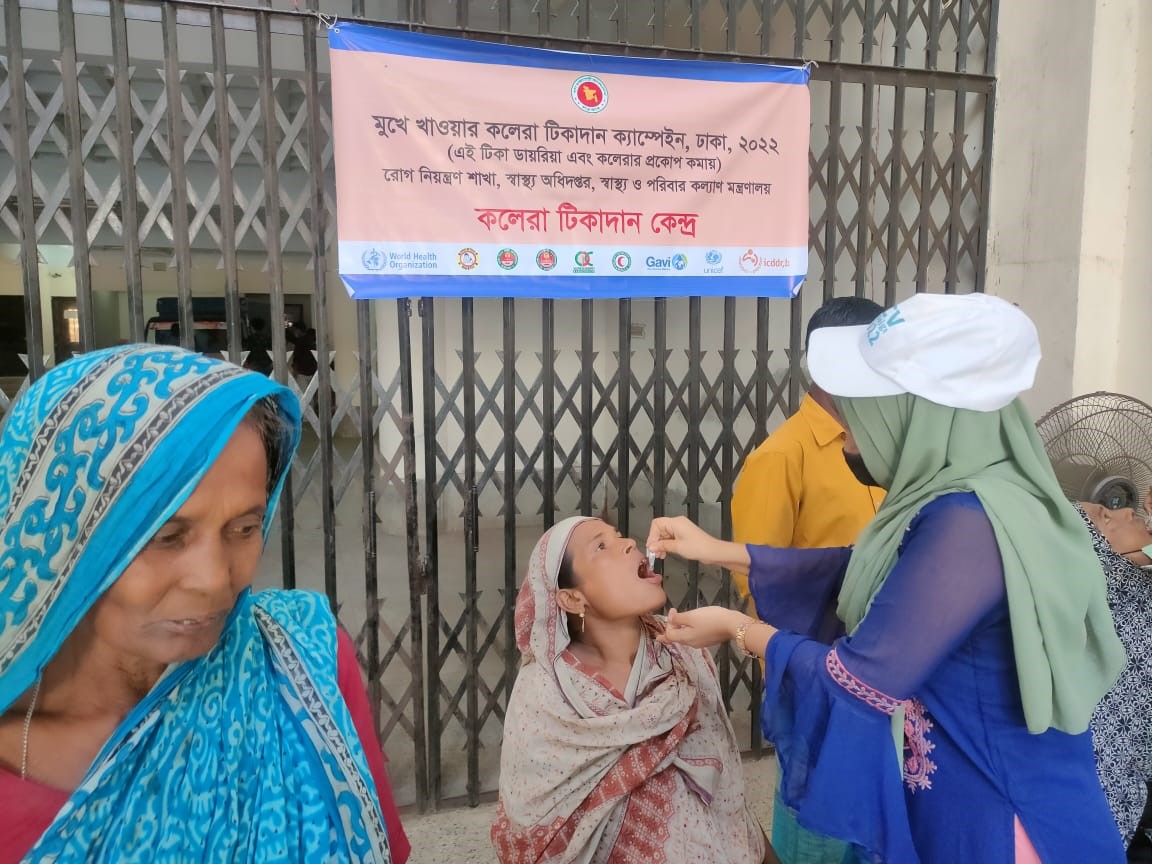 A vaccination team at work during Dhaka’s campaign. ©International Centre for Diarrhoeal Disease Research-Bangladesh
WHO, Gavi and other partners have supported the city of Dhaka as it works to reach 2.4 million residents in the biggest cholera vaccination campaign ever undertaken in Bangladesh. The effort has involved 700 vaccination teams deployed throughout the capital.
Cholera kills nearly 100 000 people a year worldwide. The Global Task Force on Cholera Control has set the goal of stopping 90% of those deaths by 2030 and eliminating cholera from at least 20 of the 47 high-burden countries, which include Bangladesh. 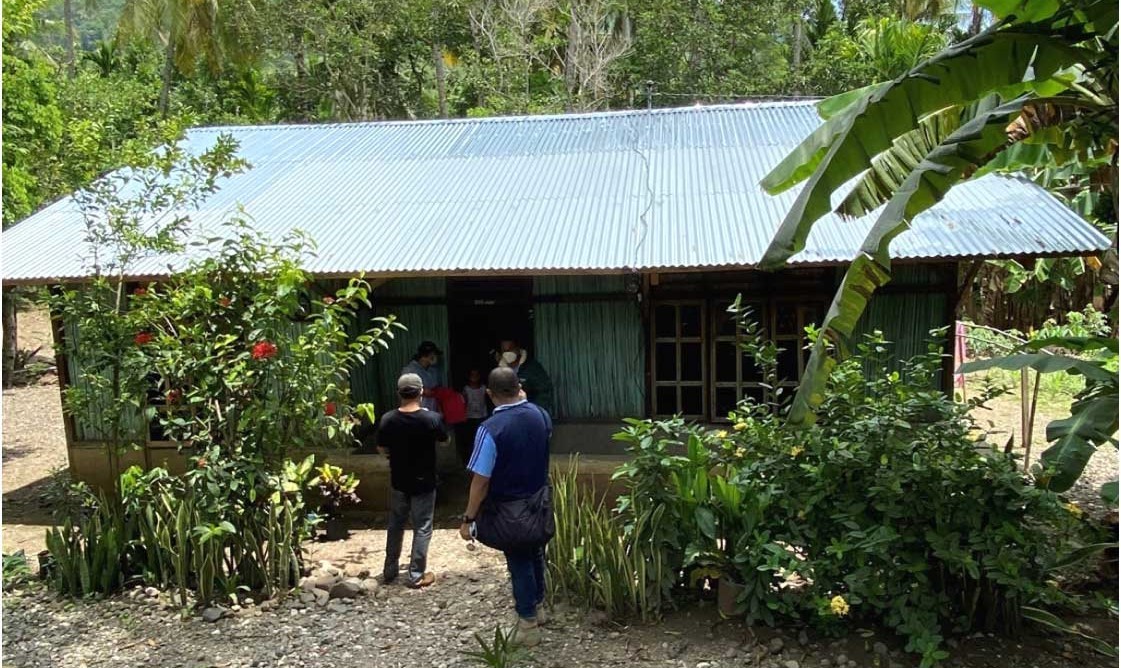 A malaria assessment team visits a house in East Timor. ©WHO
WHO thanks all governments, organizations and individuals who are contributing to the Organization’s work, and in particular those who have provided fully flexible contributions to maintain a strong, independent WHO.
Donors and partners featured in this week’s stories include Andorra, Belgium, Cyprus, the European Union, Estonia, France, Gavi, the Global Fund, the Global Task Force on Cholera Control, Iceland, the International Organization for Migration, the International Centre for Diarrhoeal Disease Research-Bangladesh, Irish Aid, Japan, Latvia, Luxembourg, Palestine Red Crescent Society, Malta, Montenegro, San Marino, Slovenia, the UHC-Partnership, UNICEF, the United Kingdom, and the United States of America.
Subscribe to newsletter →
Related
Read more stories about WHO’s impact across the world
Read more about WHO contributors
Read more on flexible funds for a strong, agile and independent WHO